Higher standards and expectations have to start somewhere, and the Trendsetters category of the Communities of Excellence contest may be where some advancements are beginning to take hold. For 2016, the communities recognized for their innovative practices were Valencia Reserve of Boynton Beach, Spruce Creek Golf and Country Club HOA of Ocala, and Timber Pines Community Association of Spring Hill. As a 2016 Community of the Year, Timber Pines’ trendsetting use of a drone and its volunteer resident Ambassador Program were highlighted in the June 2016 issue (pubs.royle.com/publication/?i=303948&p=10).

Valencia Reserve of Boynton Beach is a 55+ community of 1,043 homes whose residents are very active, according to Assistant Property Manager Patricia Martin. “The residents are really into swimming, tennis, and 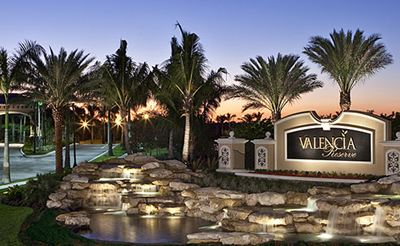 the different entertainment put on by the Lifestyle Director,” Martin shares. “There are nine tennis courts, a lap pool, resort pool, resistance pool, spa, a fully- equipped fitness center, and basketball and pickleball courts. The residents also like to volunteer as much as possible on committees and serve the community.”

Approximately 10 percent of the community residents have hearing impairment, and Valencia Reserve has taken additional steps to enable these residents to participate as fully as possible in community activities. “About 72 percent of individuals with cochlear implants and hearing aids 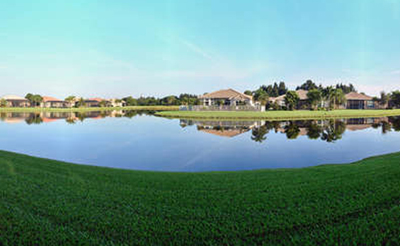 have T-coils,” according to Martin. “We installed a looping system that serves as a speaker in the ear and cancels out background noise, which is common with hearing aids and headsets. The induction wire is installed around the perimeter of the social hall and every 14 feet across the width. It’s non-invasive, and you can’t see it under the carpeting,” Martin reports. “Many residents don’t want to wear the headsets for aesthetic reasons, so this helps avoid that while enabling them to hear and participate.

“The cost for the social hall installation was $8,000, and it doesn’t require maintenance,” states Martin. “You just change the batteries in the headsets when needed. If a vendor wants to use his own equipment for a show, we have an attachment module that will connect it to our house system. We’ve recently installed the system in the arts and crafts room as well so there is a second area where people with a hearing deficiency can fully participate. 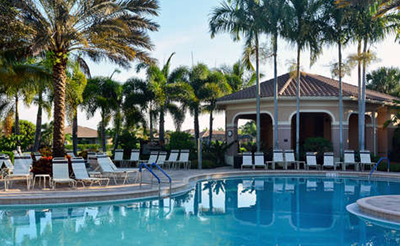 “For those who are profoundly deaf, the looping system will not help,” advises Martin. “For board meetings, elections, and budget meetings, we always use CART (Communication Access Real-Time Translation) and sign language interpreters as well. With CART, a stenographer types the discourse, so it’s projected on a screen and everyone can read it just like closed captioning. We also have sign language interpreters, so the residents who cannot speak can have a chance to ask questions and communicate with the board during a meeting. If requested, we use CART or sign language interpreters for other events. It always takes two interpreters because they have to take breaks; it’s very physical, with gestures and upper body involvement. 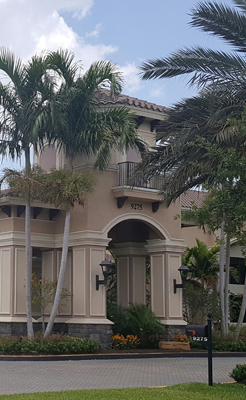 “A gentleman by the name of Larry Feldman, whose wife has a hearing impairment, was at the forefront in doing the research and advocating for the looping system,” Martin explains. “We have this group that is paying maintenance fees, and they should be able to participate and enjoy their community the same as everyone else. I see those with hearing loss at every event where we have the looping system or CART and interpreters. At a recent board meeting when CART was not provided, individuals could not understand what was going on. That was difficult, and we definitely heard about that!”

According to the National Institute of Health, nearly 25 percent of those 65–74 have hearing loss, and 50 percent of those 75 and over have disabling hearing loss. Though the condition can cause isolation, Valencia Reserve has stepped in to make sure their community is a place where interaction is not hampered. As Martin reports, “The looping system is definitely beneficial. It pays for itself because you’ll see the hearing loss community involved and participating more!”

Spruce Creek Golf and Country Club is a Del Webb 55+ community of more than 6,000 residents who are very active, according to manager Bob Moody. “That’s why we have the Spruce Creek Games, which is our Senior Olympics,” he explains. “Though we started with something simple, now we’re at 82 events.”

Kim Osburn, Member Service Manager, came to Spruce Creek in 2007 when there were about ten events in the Spruce Creek Games. “They had a two-mile run/walk, tennis, pickleball, weight-lifting, and swimming events. A snowbird who played a major part in his hometown fair wanted to expand the games to a bigger level, but to do that, we needed it to pay for itself. We brought in fundraising for charity and started sending sponsorship letters, mainly to local businesses. We have gone from raising $500 in 2008 to $12,500 in 2016. Last year we gave $6,250 each to Hands of Mercy Everywhere for young mothers and Habitat for Humanity of Marion County. Next year they want to give the entire amount to Camp Boggy Creek, a camp started by Paul Newman that provides an opportunity for seriously ill children to enjoy normal experiences at no charge to the family. 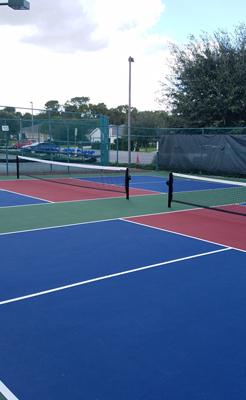 “This community is one of the most unique that I’ve come across,” says Osburn. “Basically, they want to create events that every single person can participate in at some point to be part of the community. Each year somebody comes up with something new. A gentleman with a creative mind came up with a relay race—hook, line, and sinker—to have fun. We have Wii bowling, which is cool because the residents in wheelchairs can swing their arms. Many games, such as bingo, card games, water volleyball, pickleball, tennis, etc., are year-round clubs. There are about 20 events that only happen once per year.”

According to Osburn, “The most popular event is the corn hole toss, which is like horseshoes with beanbags. This is a huge event! The second largest is a two-mile walk/run, which I absolutely love because it’s the event that most residents will enter as their sole event. The third highest participation is in a golf putting game. Our golf pro creates a nine-hole mini-putt putt course, and the residents love it—more than 200 residents attend. Dominoes is also a huge event; this year we had to find a bigger room because it was packed last year.

“The events are not all athletic: we have trivia, bingo, bridge, and other card games. The spelling bee hasn’t taken off, but 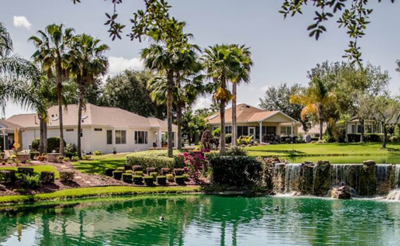 people do come watch. Every year we change up a baking contest. The first year we had chocolate chip cookies, we had muffins last year, and this year we’re doing bar cookies. Last year we started a pie baking contest, and our winner was a man! Both men and women compete, and every year so far a man has placed. This year we also added adult coloring. The rules are pretty clever, and we have a judge from outside the community.”

Some games have come and gone, from both lack of and excess of enthusiasm. “Weight lifting was dropped,” Osburn reports. “Neither chess nor backgammon had a big turnout; they were dropped also. One event that I demanded be canceled was three-on-three basketball. Too many gentlemen got too into the game, and the testosterone got a little too strong.” 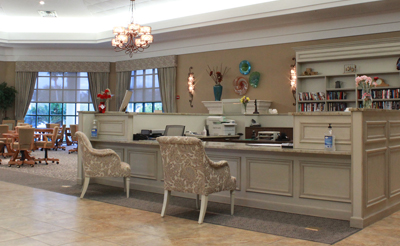 Spruce Creek’s management company has looked to Spruce Creek’s program to form an inter-community game competition. “I advised them to start with a few games and perfect them as they grow in order to stay organized,” Osburn comments. “Leland Games had six games last year and nine this year. Our residents, especially the pickleball team, are eager to compete, show how they do things here, and learn from others. We hold the billiards event here, and it’s always nice to share the billiards facilities and show them off.”

The Spruce Creek games take place the last week of February and the first two weeks of March. “For nine months of the year, I’m focused on these games, and for three weeks, I’m dead to the world because I’m working 14 hours a day, seven days a week. We have 52 captains that run each event, with some running more than one event, but people meet people they might not have met before, and there are three weeks of people laughing, having fun, and being useful. It’s the neatest thing ever to watch these people forget about everything and just have a good time—it’s all for fun and for the charity!”