A Practical Guide to Pest Control

A Practical Guide to Pest Control

To a community association manager or board of directors, the word “pest” is one of the worst, four-letter words imaginable. Pest infestations can be costly, time consuming, and damaging to an association’s reputation. Whether you are reacting to a current infestation, or proactively preventing future occurrences, the following information can help promote a healthy, pest-free environment.

Though many critters do play an important role in our ecosystem, they can also pose serious health risks to humans. “Colonies of bats can and do cause problems for humans when they co-exist in the same places,” says Dan Bozone, President of Friends of Bats. “The risk of rabies, while low, is a cause for concern, and so is the smell and buildup of guano and bat urine. The buildup of waste products in voids can be excessive with the attendant health risk, the most serious of thesebeing histoplasmosis,” Bozone continues.

While one single bed bug may not seem like an urgent health problem, the issue can quickly spiral out of control. “While it is unlikely that an infestation would go unnoticed and untreated for six months, after this amount of time, there could be 8,000 adults, more than 100,000 nymphs, and 70,000 eggs all generated from a single infesting bed bug,” says Rodger Williams, General Manager of Applied Science Labs. “At this stage, most people and certainly most health departments would find living conditions impossible.”

Be Aware of Associated Costs

The health risks involved with pest infestations are not the only matters to be concerned about; financial problems can also arise as a result of an influx of these unwanted guests. “The cost for cleanup, if necessary, can run from a few hundred dollars to replace urine- and guano-saturated insulation to tens of thousands of dollars in some rare but extreme cases if an environmental cleanup is needed,” says Bozone.

The cost of some treatment options could potentially serve as a deterrent to action, but Williams cautions against waiting to tackle the issue. “From a financial prospective, the more quickly the problem is addressed the less expensive and disruptive the treatment process will be,” he says. In addition to these direct costs, associations must consider secondary repercussions as well. A damaged reputation can result in a loss of revenue, while a court case can result in even greater financial expenditures. 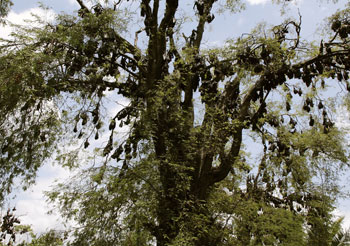 The threat of a lawsuit is a very real concern for community associations today. “The court judgments for liability, such as that against the Waldorf Astoria hotel for three million dollars, are most generally the result of management’s negligence” explains Williams. “Tardiness is often seen as indifference, which is seen as a failure of regard for health and safety of the residents. Whatever the case, residents are not happy and management, right or wrong, is blamed.”

Pest control operators, as well as community association management, must obey all laws dealing with pests, no matter how inconvenient to association residents. In Florida, it is illegal to kill bats. In fact, pesticides and poisons cannot even be used to deter bats from entering buildings. According to the Florida Fish and Wildlife Conservation Commission, “The nuisance wildlife rule states the minimum requirements that need to be followed if someone is going to remove bats from buildings and other structures.” Only humane methods, such as the “bat exclusions” performed by Bozone’s company, are a permissible means by which to remove bats. Even so, there are laws governing when these can take place. “In Florida, all species of bats are protected from being harmed,” Bozone explains. “During Bat Maternity Season, which runs from April 16–August 14, bat exclusions are prohibited.”

Before the laws prohibiting the use of poisons for eradicating bat infestations, this practice would often lead to additional problems. “Sick or dying bats could be found on the ground increasing exposure and possible health risks to both humans and pets,” says Bozone. “Bats would often get trapped and die in inaccessible parts of the building in an attempt to get away from poisons or repellants creating odor and fly problems.” According to Bozone, other historical techniques include: trapping the bats and transporting them hundreds of miles away; shining spotlights on them; and installing bat houses. None of these are practical, effective methods.

For most insects and bed bugs in particular, the historical method of treatment has been the use of toxic chemicals. “This was the means by which infestation in the U.S. was resolved shortly after WWII,” says Williams. “In recent years, with greater international travel and in-creased immigration, bed bugs have been re-introduced.” The problems associated with using these types of chemicals today is threefold:

Arm Yourself with Modern Techniques 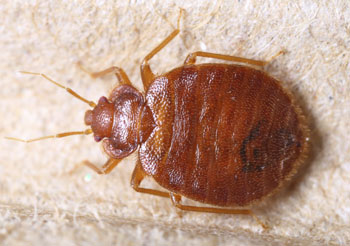 The good news is that innovators in our society have learned from the lessons of the past and have created new and improved ways to deal with pest infestations. Williams describes the polypeptide protein molecule that his company bioengineers to produce an emulsifying agent that reacts with the specific chemistry of the bed bugs torso: “Since it is a ‘mechanical’ killing agent, immunity is considered unlikely,” he says. “Because people and other mammals do not have the same chemistry as the bed bug, it is non-toxic to humans and other mammals and poses no burden to the environment.

At the same time, the formula includes a porous carrier, a time release, so that when the product, VA88, is applied, a killing agent remains.” Williams explains that the leave behind residual eliminates the need for costly follow-up applications.

The bat exclusions conducted by Bozone’s company consists of installing an exclusion device or bat netting over the exit points so that the bats can safely leave but not return. “Once we have determined that all bats have been safely and humanely excluded from the building, we remove the exclusion devices and seal those areas,” says Bozone.

Realize the Worth of Prevention

The old saying “an ounce of prevention is worth a pound of cure” can also be applied in the pest control realm. If an upfront expenditure on prevention saves money from direct and indirect costs associated with pest infestations, the value of being proactive is easy to see. Williams explains that Applied Science Labs also sells a product that is intended as a preventative treatment and has been proven effective in field tests.

Friends of Bats also encourages prevention tactics; “Bat proofing an uninfested building can help prevent bats from colonizing a structure to begin with,” says Bozone. “Typically we find that bats excluded from one area of a building will simply relocate to another open area of the building or in nearby buildings if they are not ‘bat proofed’ first. We identify potential entry points and seal them before moving on to the actual exclusion itself. In fact, in most cases, bat proofing is the bulk of the work.”