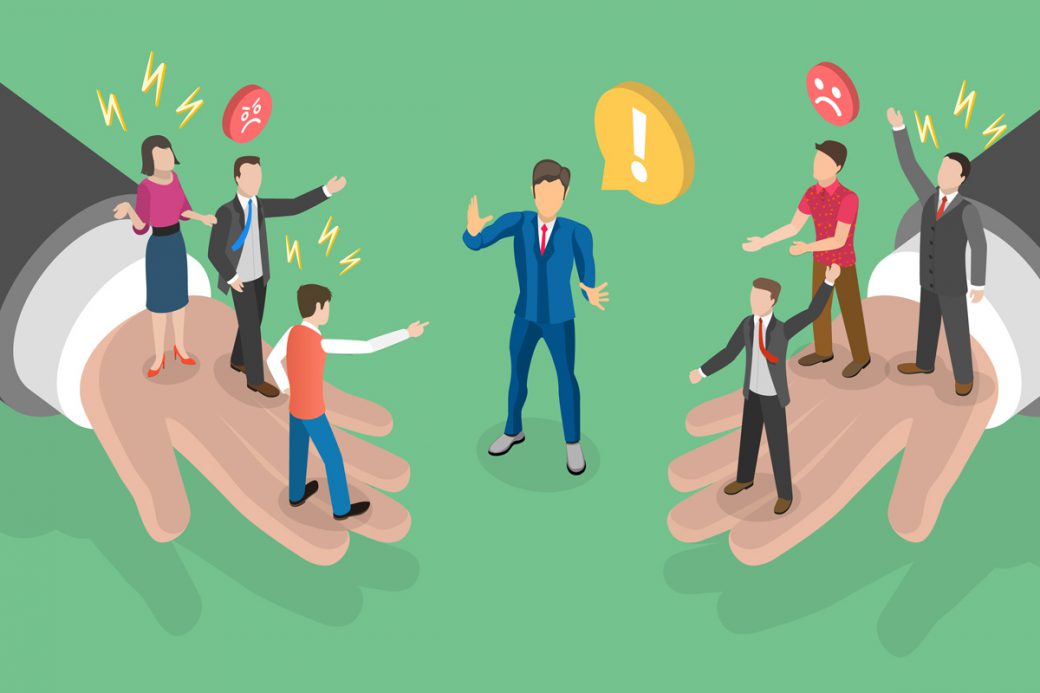 Disputes within community associations were originally treated like other civil disputes, requiring litigation when the parties could not agree. The law evolved to now require certain types of “alternate dispute resolutions” for community associations before the parties head to court. Specifically, both the Florida Condominium Act (Chapter 718 of the Florida Statutes) and the Florida Cooperative Act (Chapter 719 of the Florida Statutes) require mandatory arbitration or mediation before the filing of a lawsuit for a number of specific disputes. On the other hand, the Florida Homeowners Association (Chapter 720 of the Florida Statutes) requires a demand for pre-suit mediation prior to the filing of a lawsuit. In making these alternative dispute resolutions mandatory, the Florida legislature explained that its intent was to reduce the crowed court dockets and alleviate the high cost and significant delay often faced by parties in litigation.

But what exactly do arbitration or mediation mean in terms of resolving a dispute? Both are extrajudicial alternatives intended to resolve disputes. Similar to an internal grievance procedure, both are intended to avoid the time-consuming and costly nature of litigation. But unlike an internal procedure, both involve the use of an outside, independent party of the dispute and typically involve the use of legal counsel.

In mediation, the parties to the dispute meet with an independent, trained third party, who seeks to assist the parties in coming to a mutually agreeable solution to the dispute. The mediator does not make a “ruling” or a “decision” but rather attempts to facilitate the parties’ path to a resolution. For example, a mediator may assist both parties in seeing the potential weaknesses in their case, navigate personality conflicts, and remind the parties of the financial reality of litigation if the dispute is not resolved. The negotiated written settlement agreement following mediation is not subject to review by courts. However, if the agreement is breached by one party, typically the other may seek a court order for enforcement of the settlement agreement.

On the other hand, in arbitration, an arbitrator enters an order following the parties’ presentation of their cases. The arbitrator essentially sits as the judge and makes the decision. Like mediation, such a decision is often made more quickly and more economically than in litigation. The prevailing party is entitled to their reasonable attorney’s fees as awarded by the arbitrator. If the losing party wants to “appeal” the arbitrator’s decision, it may file what is called a trial de novo. A trial de novo is basically a new trial, and the case is heard by the judge as if the arbitration never occurred. This is so because although the Florida legislature seeks to encourage the resolution of condominium disputes through mediation or arbitration, the Florida Constitution guarantees the right of access to courts to all, including in regard to community association disputes. The arbitration order can be introduced as evidence in the trial, but recent case law decisions had lessened the weight an arbitrator’s final order might carry with a judge. If a trial de novo is not filed within 30 days of the arbitrator’s final order, the order is final, and may be enforced by a court of law.

In addition, the arbitrator may also refer a dispute to mediation at any time if he or she finds that the parties may best be served by mediating the dispute. The parties may also request that the arbitrator refer the case to mediation. Additionally, although the Florida Condominium Act requires mediation or arbitration for certain disputes, a party may file a motion for emergency relief or temporary injunction depending on the facts and circumstances of the particular case. For an injunction, the motion must show a clear legal right to the relief requested, that irreparable harm or injury exists or will result, that no adequate remedy at law exists, and the relief of injunction would not be adverse to the public interest.

The Florida Condominium Act is specific as to which disputes must first be brought to mediation or arbitration. Section 718.1255, Florida Statutes, defines disputes as any disagreement between two or more parties that involves the authority of the board of directors to either 1) require any owner to take any action, or not to take any action, involving that owner’s unit or the appurtenances thereto, or 2) alter or add to a common area or element. The statute further defines disputes as any disagreement that involves the failure of a governing body, when required either by the Florida Condominium Act or the association documents, to properly conduct elections, give notice of meetings or other actions, properly conduct meetings, or allow inspection of books and records. This means that any of these disputes in a condominium must first go through the arbitration process through the Division of Florida Condominiums, Timeshares, and Mobile Homes of the Department of Business and Professional Regulation (the Division). The section also defines issues not subject to mediation or arbitration, such as title disputes and alleged breaches of fiduciary duty.

Sometimes, controversies will include both matters that are eligible and ineligible for mediation or arbitration. In such a case where a petition involves a mix of both, an arbitrator may determine whether the ineligible matters can be properly separated so that the eligible issues may be arbitrated separately. Further, much like litigation, there must be an actual present and bona fide dispute for arbitration. The Division will not accept petitions that present issues that are moot, abstract, or hypothetical.