A Convergence of Excellence: Stonecrest POA

A Convergence of Excellence: Stonecrest POA

HOA OF THE YEAR

Stonecrest POA, a 55+ community with more than 2,000 homes located in Summerfield, was chosen as the 2015 Communities of Excellence HOA Community of the Year. It was recognized both as the winner in the Water Conservation division for larger communities and as a Trendsetter for their initiative in developing an Emergency Response Team to respond to cardiac events in the community.

With construction beginning in 1989, the association is still continuing to grow and transitioned from developer control in late 2014. Three outdoor pools, an indoor pool and spa, 12 pickleball courts, tennis courts, bocce courts, a horseshoe court, a ballroom, library, computer room, and a golf course on site (though it is not part of the association)—extensive amenities provide a platform for an active, involved community.

In 2007, the community’s Emergency Response Team (ERT) was started because the response time to their community by emergency services was 20 minutes. Since permanent damage occurs within three to five minutes of a cardiac arrest, a much quicker response was needed to protect residents. “One resident decided to do something about it and started a (501)(c)(3) organization to buy defibrillators and get people trained to provide prompt response,” shares manager Chad Peck.

“The team purchased 32 AEDs (automatic external defibrillators) and located them on community buildings and on a house in each neighborhood. More than 300 residents have been trained as community responders or neighborhood responders. Each volunteer has a pager, so when they receive an alert they can get the defibrillator within two to three minutes, check the scene, and start CPR if needed,” says Peck.

“We worked directly with the county to set this up,” Peck explains. “Alerts are sent to our ERT for cardiac arrest, respiratory arrest, or choking. The volunteers have ongoing training with refresher courses, and mock drills are held. The local Emergency Medical Services are either included in the drill or are on notice. So far, there have been 27 calls, one life has been saved, and four residents have been sent to the hospital.”

Peck came to Stonecrest in 2011 and has applied his expertise to further enhance the association. “When I looked at their water bills, I saw that they were spending $180,000 to $200,000 per year on irrigation. I knew that amount was not acceptable, so we worked with the St. Johns River Water Management District and the county to see what changes could be made.”

The association is responsible for approximately 25 acres of common area grounds as well as the areas surrounding 285 villa homes. “The grounds maintenance supervisor and I implemented a five-year common grounds landscape plan, changed irrigation schedules, and installed 135 rain sensors,” Peck reports. The association initially worked with their existing landscape contractor to install rain sensors and resolve issues, but they found a change in vendors was necessary in 2013 to properly implement improvements. “The new landscape vendor performed an irrigation audit in 2013 and repaired or replaced numerous components and relocated 121 sprinkler heads for more efficient coverage,” according to Peck.

“We reduced or removed all irrigation where Bahia grass is the primary soil cover,” Peck recalls. “Where possible, we removed St. Augustine sod from ornamental cul-de-sacs and replaced it with Asiatic jasmine for ground cover.”The list of plants to be used for common areas was revised to avoid plants needing large amounts of water, fertilizer, or pest control. Peck explains, “We dropped plants such as loropetalum, Indian hawthorn, ligustrum, and St. Augustine sod and added Schilling holly, tree-type native American hollies, Walter’s viburnum, podocarpus, paspalum, muhly grass, and Asiatic jasmine.”

Common areas with thirsty or otherwise needy plants have been re-landscaped. “The plan is being implemented over time,” comments Peck, “but we’ve probably redone about 25 percent of the common areas with new plants that use less water.”The association’s water bill was down to $115,000 in 2014, and Peck estimates the total investment in plants and irrigation upgrades or repairs has been under $100,000. “Even after installing a two-wire irrigation controller system along 1.2 miles of roadway in 2014, we were able to end the year $32,000 under what we spent on repairs and improvements in 2013. In 2015, we are expecting to reduce repair costs by 45 percent from 2014.”

All homeowners outside the villas are responsible for the maintenance and irrigation of their own property, so the association arranged for four educational Florida-Friendly™ workshops to educate homeowners on how to reduce their own water use. “The Florida-Friendly workshops showed residents how they could use the same principles that we were applying to the community
at their own homes,” Peck states. “We also offered microirrigation starter kits to residents. Some residents were able to participate in a pilot Water Sense program, and they received a free upgrade in sprinkler heads and advice on coverage. One resident’s bill went down by $100 per month, and the others averaged a $30–$50 decrease.”

Peck initiated staffing changes at Stonecrest to better fulfill the needs of the community. “I hired someone for communications and also created a grounds coordinator position to help with the irrigation upgrade,” Peck explains. “The role of overseeing the villas was expanded to include monitoring the landscape company, especially prior to switching vendors.”

Though the association had a large amount of resident participation, Peck hired an activities director to build on the existing involvement. “Now we have new groups with more participation, and we’re trying different events,” Peck observes. Activities include having an Elvis impersonator, trivia nights, karaoke, inviting different bands, and Sing for a Cause and Walk for a Cause. “A couple of pickleball national tournaments have been held here,” Peck shares. “The first year another group handled the event, but the second time our group ran the event themselves, hosting 200–300 participants. We have a huge Veterans’ club that has created a park and holds ceremonies on Veterans Day and Memorial Day. And, we have the standard activities and holiday celebrations. Involvement in our fitness classes has increased now that we have someone directing activities.”

Peck also has helped develop more communication within the association. “When I first got here, the residents were calling the office all the time to find out what was going on,” Peck recalls. Peck found that his contributions to the monthly magazine were well-received, as he focused on the positive activities and plans in the community. The magazine is hand-delivered and also is posted on the website for those who are out of town. Weekly e-mails and the website have grown steadily in popularity. “The website has received as many as 12,000 page views per week, which
is up from the 3,000 views per week at its launch,” says Peck. The weekly e-mail updates started with less than 400 addresses, but the list is now up to more than 2,000, providing a regular means of contact. New resident orientation includes providing a flash drive with documents, forms, and information to facilitate compliance and understanding of association activities and
procedures.

“What makes Stonecrest unique is that the residents do work together and look out for each other, as creating the Emergency Response Team shows. If you need something done, there are people here with experience who will volunteer,” Peck says appreciatively. An involved community combined with an energetic manager has made Stonecrest a well-rounded community that is moving forward! 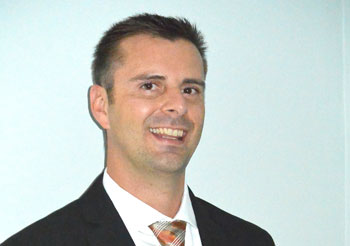 Editor’s Note: Chad Peck was one of five managers honored in 2015 as a manager of excellence.

Chad Peck was named a Manager of Excellence for 2015 in the Communities of Excellence contest and appears to head up the “Active” category. Peck has been manager at Stonecrest with Leland Management since 2011 while also working part-time at the YMCA, attending school, and serving as a volunteer.

“I was born in New York but grew up in Lake County here in Florida,” Peck shares. “After getting a degree in education, I taught a few years, but I’ve worked at the Y for 18 years either full-time or part-time in almost every position—camp counselor, lifeguard trainer, swim instructor trainer, and membership. In 2006, I began association management and within a year, I got my CAM license and managed a property. I returned to work at the Y full-time again before I came back to association management at Stonecrest.” Peck has earned an MBA and is currently working on two masters degrees:one in Human Resources Management and the other in Management and Leadership.

Peck enjoys the variety involved in association management. “There are different challenges every day,” he observes. “And I enjoy all the different people, whether they’re difficult people or happy people. You have to listen and understand what their needs are. Sometimes their complaint is not actually what they are upset about, so you have to listen carefully to their concerns to help resolve the issue. Open communication and transparency are most important in interacting with residents.”

To maintain the physical property, Peck advises, “Preventive maintenance is the biggest item—looking to see what needs to be done and having it on a schedule so a breakdown doesn’t happen. We had a reserve study done in 2011 and 2014, and we try to follow that plan.”

“Understanding your financial statements and knowing your budget are the keys to managing finances,” Peck shares. “We recategorized some items so they made more sense and everyone could understand what the figures represent. You have to know what bills are coming in and the actual budget so you can stick with it.”

The biggest challenge Peck has faced was transition from the developer in late 2014. “We had to come up with new processes, and there were 16 people running for the seven positions on the board. I created a binder to mail out and had advertisers to help defray costs. Some of the residents were eager for the transition because of changes they wanted, but as they’ve become acquainted with the requirements in the documents and the steps management is taking, it’s been a positive transition.”

“I like to keep myself busy,” Peck states and shows. Peck is fortunate to have Stonecrest to engage his talents, and Stonecrest has benefited from his high-energy input into their community!