Broken Windows in the Neighborhood

Broken Windows in the Neighborhood

Do you have broken windows in your neighborhood? Of course, you do not. I meant that figuratively, not literally.

If you live in a deed-restricted community bound by a homeowners association covenants, conditions, and restrictions (CC&Rs) and rules and regulations, there are likely no broken windows. However, the broken windows theory is something worth understanding as it may be applicable when considering the enforcement of HOA requirements and prohibitions.

Social scientists George L. Kelling and James Q. Wilson proposed the broken windows theory in an article published in The Atlantic magazine in March 1982. I was working as a federal agent in New York City in the 1990s when New York City Police Commissioner William Bratton used the concept to create policies to prevent and deter crime and disorder. Some of the so-called minor violations, such as subway farebeating and aggressive panhandling, which in the past had been ignored, were enforced effectively. Today, the theory is a topic of debate, but I personally observed the positive changes in NYC at the time, and I am an adherent to the theory.

The premise of the theory is that when a window of a building is broken and left unrepaired, the remaining windows are more likely to be vandalized and broken. The belief is that an unrepaired broken window(s) indicates that no one cares and that there would be no consequence for breaking more, hence disorder. Almost any undesirable, observable activity is applicable, such as graffiti, litter, abandoned vehicles, and illegal parking.

The key to prevention of these blights is to address them while they are fresh. Repair the window, remove the graffiti, clean up the litter, tow the vehicles, and enforce parking regulations. Promptly addressing the bad behavior or minor violations will cause them to be less likely to escalate or repeat.

In a homeowners association, we are faced with less consequential, but nonetheless annoying issues. Homeowners purchase homes in deed-restricted communities, governed by CC&Rs, bylaws, and rules and regulations, because they believe that certain standards will be maintained. They expect, among other things, their neighbors’ trash to be out of sight, cars parked in appropriate locations, landscaping maintained, and peace and tranquility not interrupted by unwanted noise and parties.

We have all heard of that homeowners association that is overly strict, managed by an overzealous manager or governed by an authoritative board of directors. That is not the solution. Effective enforcement is a necessary part of HOA life. However, enforcement must have the support of the community.

Unfortunately, I have heard the many excuses put forth by those who believe that their personal violation is insignificant, and therefore that makes them exempt from the obligation or restriction. Many of you have probably heard some of them: “The speed limit is too slow”; “My trash can won’t fit in my garage”; “It’s my yard and I’ll plant what I want”; “I’m only flying my favorite team flag during the season”; or “I only park on the grass when my favorite parking spot is taken.” 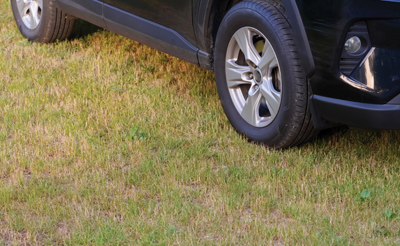 I have been a rule follower, rule enforcer, and rule developer. Clear, fair, and equitable rules are the backbone of a civilized society and a content homeowner. Sanctions and/or fines are intended to be both preventative and punitive. Consequences should be an expectation for unneighborly or bad behavior.

Enforcement zeal may also be detrimental to a community. Homeowner association rules and fines should never be considered revenue generators, as some municipal governments view parking tickets and other motor vehicle offenses. In addition, property managers or management companies should never get a piece of the action. HOAs should never split the fines generated with the enforcer as that can lead to unethical or overzealous enforcement.

During the early part of my 42-year law enforcement career, I was a patrol officer where I learned to practice  “discretion” when enforcing municipal ordinance or motor vehicle violations. I believed that a verbal warning from an enforcer went a long way in preventing future infractions, which was my goal. If the subject was not receptive, the next step was a written warning, which carried more authority. Finally, if those measures did not convince the violator that the behavior was improper and unacceptable, a ticket was issued or an arrest was made, as appropriate. Every violation did not require a financial consequence, i.e., the issuance of a ticket or an arrest.

My point here is that many consider municipal or traffic violations to be minor infractions. However, they cannot be ignored, or the public will think that nobody cares about the rules, thereby creating a broken windows scenario. The result would be chaos and a decline in safety.

I am a proponent of the enforcement of HOA rules and regulations. The aggressiveness and method of that enforcement will dictate community satisfaction. The practices of discretion and escalation are, at most times, suitable for that environment. When a first offense violation is identified, the violator could be issued a “friendly reminder” email or letter stating the association rules. For many common violations, a general reminder to the whole community at that time may be appropriate and should be used to reinforce good and neighborly behavior.

If the violator’s behavior has not changed or the violation corrected, a more official notice and demand should be issued with a compliance timeframe and advisement of the scheduled fine. Finally, if the violation continues or is part of a pattern of behavior, more significant sanctions, as provided by your covenants, are necessary.

Homeowners and lessees must understand that other residents care, and there may be a consequence for their actions (or inactions). The downward spiral of enforcement failure will result in significantly more violations committed by residents who think no one cares, the violations are insignificant, or that the rules were not intended for them.

HOA homeowners desire order in their communities. Enforcement of rules must be fair, equitable, prompt, and certain. Warnings are appropriate in many, if not most, situations. However, I note that there are egregious (and repeated) violations that warrant an immediate, strong consequence, without the benefit of a warning letter.

Warning notices should be documented and tracked. Property managers should be tasked with maintaining a record of warnings issued so that repeat violators are not recipients of repeated warnings for the same prohibited activity.

Homeowners bought into the deed-restriction concept. Governing documents are usually clear and specific. Conformity is part of the contract. Property managers and board members should ensure that homeowner expectations are met as they pertain to the maintenance of community appearance, policies, and order. Effective enforcement will ensure that the neighborhood maintains its character, home values, and sense of community. You do not want any broken windows.

Gerard P. McAleer serves on the board of directors at the Tuscany at Abacoa community in Jupiter, Florida.