The 2016 Communities of Excellence winners in the Financial Innovation division are Turtle Cay HOA of Riviera Beach and Tuscany Bay Homeowners Association of Boynton Beach. Both communities take a proactive stance in financial matters and then persevere—the unrelenting following of procedures.

Turtle Cay, a gated community with 455 townhomes and single-family homes, provides a pool, children’s play area, tennis courts, and clubhouse with recreational and meeting facilities. They have demonstrated financial prowess through cutting expenses, improving collections, and planning ahead. 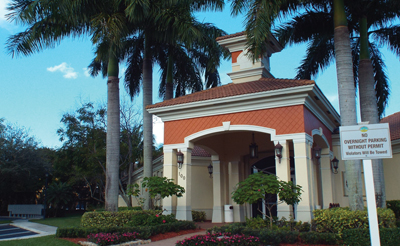 The Turtle Cay website, which is two-years old, is steadily achieving its goals as people use it more, according to manager Richard Kuperman. “Printing of documents is the biggest savings, and we save a little of my time as well by reducing phone calls,” says Kuperman. “We’ve also realized a savings of about $1,000 per year by going to a digital format for the documents—no ink, paper, or time is required.”

Kuperman shares, “At the clubhouse, installation of hand dryers is saving us $3,000–4,000 per year in paper towel costs. The cost of the dryers was $3,250, so they basically pay for themselves in a year.” Fewer garbage bags and reduced trash have been another benefit of this efficiency move. All exterior lighting has been converted to LED lighting, and interior lighting is also being conver-ted, reducing energy costs.

The association has recovered more than $7,000 in damages by installing secur-ity cameras at the entrances to the community, where the gate arms were frequently hit. “The damage to the gate arms was costing the association $120 each time the gate arm was hit. On average one of the gate arms was hit once or twice a week, and sometimes more often,” according to Kuperman. To protect their investment, a surge protector was installed after lightning hit two years ago and damaged security equipment. “The lightning blew our bar code reader, cameras at the guard house, and some cameras at the clubhouse,” Kuperman explains. “We had to buy new cameras and DVRs, and though some of the parts of the bar code reader were still under warranty, it still cost thousands of dollars. Hopefully the surge protectors are a one-time cost, but they will prevent damage if we are hit again.” 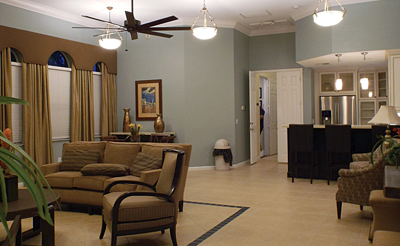 To reduce water use and expenses, the community has converted their landscaping to more drought-tolerant plants. “Previously, the community was all green with a lot of mulch, which used large amounts of water,” observes Kuperman. “We’ve gone from mulch to stone and installed plants requiring little water, which are doing well.”

By renegotiating a contract assigning the association responsibility for erosion control of lake banks adjoining the property, the community has avoided a significant potential expense. “It goes back to before my time, but when the place was originally built, the builder had an agreement with the city that the community would maintain the lake banks as well as the flat area that was the association’s,” relates Kuperman. “A few years ago in a rainstorm, the weirs were not opened, and the bank and flat area eroded to about seven feet away from a home. After our attorney and I tried unsuccessfully to negotiate and change the maintenance arrangement, we hired an engineer who used to work for the district. She asked for the opportunity to negotiate with the district, and after several months, they took back full control of the lake bank (except for mowing the flat areas). At the end of the day, this saved the association from the potential spending of hundreds of thousands of dollars for erosion control.” 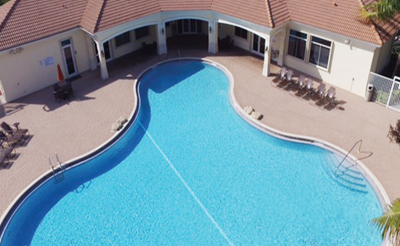 To weather the recent hard economic times, the community began an aggressive collection policy. When Kuperman arrived nine years ago, no collection process was formally in place. “The attorney would suggest filing a lien, but they never took it further. That word got out quickly, so it was a waste of money. There were 10 pages of delinquencies, and some residents were not paying HOA fees at all,” he notes.

“The board and I came up with procedures for collection, and the proof is in the pudding: it works,” Kuperman states. “At the worst point, we had taken over 14 homes that were in foreclosure and rented them out. This was extrem-ely successful because almost all of the rental units earned more than they owed. Later, even if the association foreclosed, usually they were not the highest bidder, so a third party took over the house until the bank took ownership.”

“The board has held steady with the banks and also unit owners for not taking care of homes. Once new individuals/banks have taken over, they are responsible for the property; but primarily with banks, they would let the home sit without taking care of the grass, roofs, etc. The association had me cite the owners when there were any maintenance violations. Banks paid thousands of dollars in violation fines, so this was a way to recover money since they had paid the lesser of one percent of value or 12 months of assessments when they took over a home. With the attorney, we followed through.”

The attention to expenses and collections has enabled the association to renovate their clubhouse and budget for driveway repairs without a special assessment or fee increase. And, despite the recent hard times, Turtle Cay is pleased to have fully-funded reserves, a strong position for moving forward.

Built in 2002, Tuscany Bay provides a clubhouse, pool, tennis courts, and other recreational facilities for the residents of its 395 homes. For this 55+ community, contract management has been a major area of savings for the association.

“Most of our vendors have been with us a long time,” says Steve Kirschner, board treasurer. “Our insurance carrier and guard service have been with us since turnover in 2006–7. Whenever possible, we have a multi-year contract that is cancellable on 60-day notice without cause. That way you have a fixed fee, but if there is anything you’re really unhappy with, the vendor knows the contract can be cancelled, which provides an additional incentive to good performance.” An exception to that has been cable service, which had little competition until recently. “We’re in the process of renegotiating that,” comments Kirschner. 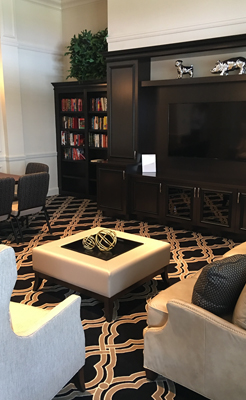 The association’s management is for a fixed fee, with salaries included in the package. “However, we initiated having reasonable annual compensation increases included in the contract rate,” Kirschner adds. Though they started with an on-site administrator, Sandy Diaz, to do the books, when she became a CAM, she became the association manager as well. “Continuing to do the books as well was her idea,” Kirschner shares, “since she didn’t want to give up day-to-day supervision of finances. She just works 25 hours a day and solves that problem!”

The oversight of vendors is shared and allows the board to focus where they need to. “All committees are active and involved in handling the day-to-day operations,” states Kirschner. “We don’t micromanage each committee’s job; if they’re not happy with a vendor, they let the board know. We just worry by exception.”

For energy savings, light and entrance fountains were placed on timers, and LED bulbs were installed. The community had a Florida Power & Light energy study performed and also upgraded their air conditioning. A recharge well was installed to use lake water for irrigation when possible. “Before we had the recharge well, in drought periods we had to replace sections of turf. The benefit is not so much the water savings; it’s more like an insurance policy,” explains Kirschner. 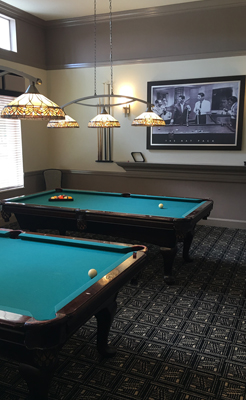 “We were not hit that bad by the recession because we had policies in place, and the association manager and finance committee were on top of it,” according to Kirschner. “We are on monthly billing instead of quarterly, so delinquencies show up faster. Many years ago the payments became delinquent 30 days after the due date, but we accelerated that so that after 15 days, they are late and receive their first notice.”

“Also, we added a $25 administrative fee for every month payment is late,” Kirschner adds. “This is in addition to the existing monthly statutory interest and has deterred those who used to be ‘conveniently delinquent.’” The association will proceed with foreclosure and renting out homes to recover costs. “We had one rented for three years until the mortgage holder closed,” says Kirschner.

Tuscany Bay screens both buyers and renters, but Kirschner reports, “We’ve been told by our lawyer that screening is just a formality. If someone can get a mortgage, it’s very difficult if you won’t let them purchase. If an existing owner wants to sell and has a buyer, if you don’t want to approve it, it’s detrimental to your current owner—and if he walks away, the association may be out maintenance fees. For rentals we just want to make sure they have reasonably good character. We require $1,000 security deposit against any damages, but the owner is still responsible for the maintenance.” 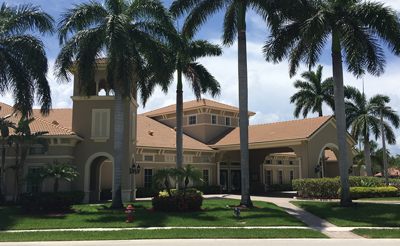 Over the last 10 years, maintenance fees have increased less than four percent, and a clubhouse renovation was completed with only a $530 per home special assessment. According to Kirschner, “One reason we weathered the recession as well as we did was by being proactive: we saw what could be a problem and were prepared. For financial stability, transparency and timeliness are most important. We give a financial report at every meeting, and the finance committee goes over the detailed report monthly. In the HOA world, if you have a realistic budget and watch for variations, that’s where you see if you have a problem. Information is key, but it takes teamwork to stay on top of things.”