Yet another highly questionable decision by a Florida condominium association has made local TV news. One of the most recent condominium disputes to make the local evening news involved a New Smyrna Beach, FL, owner who was denied the transfer of another unit at the same property from her late husband to her after his passing. According to a report by Channel 9 News (WFTV-ABC), Joan Cotton was denied the transfer of the additional residence that her late husband Jeffrey had owned for more than a decade by the board of directors for the condominium association for the Village of Colony Beach Club.

She received a notification from the association indicating that the board of directors had voted to deny the transfer, and instead it had entered into an agreement to sell the unit to a third-party buyer for $466,500. The letter included a check to her for an initial down payment of $5,000 from the hopeful buyer, but her attorney vowed to fight the association’s decision and said the closing was never going to happen.

“I started shaking, I started to cry,” Cotton says in the report. “It was horrible. You can’t just steal my condo!”

The community association’s attorney was also interviewed in the report, and she explains that it is very common for associations to have the right to deny transfers.

“I don’t know if it’s right or wrong, but they’re following their right to do that,” she responds to the reporter’s question about whether the rejection is the right thing for the association to do in this case. However, she does note that if the matter goes to court, she is confident the association will prevail because it is simply exercising its rights as stated under its governing declaration.

Cotton’s attorney states that he’s never seen an association’s denial of transfer in a case such as this, “. . . because I think typically there would be a lot of concern if you turn someone down if you don’t have a very compelling reason for it.”

He and Cotton believe the actual reason behind the denial may be retaliation. Cotton filed a lawsuit against the association over alterations to the common areas, and the parties reached a settlement just weeks before the transfer was denied.

“I don’t want to sell this,” she pleads in the report. “My husband was so proud he was able to do this for us.” 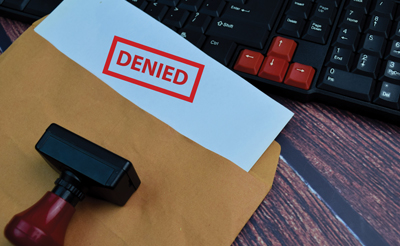 The provisions of the condominium’s governing documents establishing the association’s right to reject a transfer of the title to a unit must be carefully analyzed because the law in Florida is well established that unreasonable restraints upon the alienation of property are disfavored. For instance, a declaration of condominium may provide a board the right to deny a sale or other transfer of a unit, but at times there are exceptions such as the transfer of title by last will and testament to the decedent owner’s beneficiary.

Additionally, to the extent that the surviving spouse resides in the unit being transferred, Florida law may protect her right to remain in residence at the property. Plus, the board’s actions might be subject to challenge as an unreasonable restraint given that the decedent owner’s surviving spouse was already residing in the unit, and the facts of this case do not seem to suggest that there was any other factor rendering Ms. Cotton as an undesirable owner.

While the association’s attorney may ultimately be correct that the property’s governing documents grant it the power to deny such a transfer of ownership for any reason, obtaining a favorable judgment may be challenging for the association in light of the circumstances of this case. The allegations of retaliation for the prior lawsuit—if proven—are likely to carry a great deal of weight in court and may impact the decision to be made by the judge or jury.

Association directors have a fiduciary responsibility to make decisions that are consistent with the provisions of their governing documents and Florida law, and preserve and protect the values and interests of their community’s unit owners. Community association directors would be wise to avoid making dubious decisions, and they should always aim to reach informed and reasonable conclusions in an effort to avoid bad and costly outcomes for their communities. Visit https://bit.ly/3mIyYyl to watch and read the transcript of the complete report on the station’s website.

Roberto C. Blanch is a partner with the Siegfried Rivera law firm and one of the most prolific contributors to its community association blog, www.FloridaHOALawyerBlog.com. He is board certified as a specialist in community association law by the Florida Bar, and he represents associations throughout South Florida and the Treasure Coast. Roberto can be reached at (800) 737-1390 or via email at rblanch@siegfriedrivera.com. www.siegfriedrivera.com.
Our firm’s other community association attorneys and I write regularly in our blog at www.FloridaHOALawyerBlog.com about important matters for Florida condominium associations and HOAs, and we encourage association directors, members, and property managers to enter their email address in the subscription box in the blog to automatically receive all our future articles.