A major construction or repair project will typically require specialists in design, construction, contracts, and various trades, as well as a chunk of money. Without someone knowledgeable in all areas looking at the big picture, though, an association may not get the most value from the professionals they are employing.

Donald Kipnis, founder of Development Service Solutions (DSS), explains that as a construction manager, or owner’s representative, his company is able to look at the overall view of a project and then drill down to the specifics in coordinating between design, finances, construction methods, scheduling, and impact on the residents and surroundings. With more than 30 years of experience as a general contractor, Kipnis explains, “A structural engineer will look at structures; though we’re not engineers, we’ll look at structures also and will question or challenge the proposed structural design. We’ve often suggested alternate ways to design buildings or portions of a project that the engineers have agreed to, saving considerable time and money.

“Though we’re not architects, we’ll suggest different unit layouts,” states Kipnis. “Though we’re not the general contractor, we will advise on different sequencing. We take a global perspective, which brings the best value to our clients. The design engineer or architect should not run the job because that’s not what they do. Most architects don’t know what’s in the contract between the owner and the contractor. We know it in detail because we will have helped write it with the owner’s attorney, so we know the legal tools in the contract to serve our client best.” 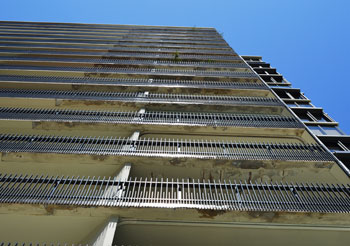 For optimum value, the best time to secure a construction manager is before any plans or presumptions are made. “First, we meet with the client, which is usually a construction committee representing the association, to see what they think they need,” Kipnis recounts. “What they think they need may not be what they actually need. We are our client’s advocate, but we are objective. We will look at the facility to see what we think they need, and if there’s no divergence, it’s simple; if there’s a difference of opinion, we come to a plan. Then we’ll put the engineering service out to bid with the Request for Proposal (RFP) for the plan just vetted with the client.”

The same procedure will be followed for a landscape architect or interior designer, if needed for the project, so that the association has the costs and scope of work to make an informed decision. According to Kipnis, “We facilitate the process, but the board makes the final decision.”

“When the design is in for permitting, we write the RFP and put the design out for bidding to contractors. Typically, we open up the specifications so contractors can bid methodologies and materials that are different in addition to the specified materials. This can be very unsettling for engineers,” notes Kipnis, “who often don’t want to consider any other options. But, there are a lot of smart people out there, many of whom are contractors. Engineers are trying to protect their liability and will spend any amount of money to do that, but it’s the client’s money. We take a different approach: if we get everyone in agreement that a methodology is sound and appropriate, is legal, is a long-term solution, and has warranties, it doesn’t bother me if we pay less for it!” 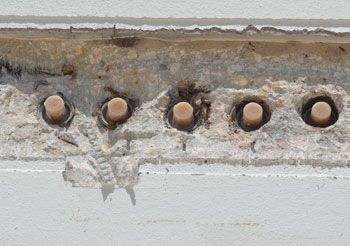 For one seawall repair project, Kipnis recalls, “The engineer had a very specific methodology he wanted. No one would bid, and we found that it was because this approach would result in damage to the adjacent parking garage, and the vendors did not want that liability. We were able to work with the engineer and the vendors to develop an alternate design that left the old wall in place and added a new wall in front.”

Kipnis adds, “On that same bid, we noticed that a pool deck above the seawall would have to be removed and the plans did not include that. On behalf of the association, we had the engineer design a deck replacement. Now all the change orders and delays that would have occurred didn’t take place because someone looked at the overall picture and asked questions.”

Though some change orders may reflect a lack of foresight and may result in delays and extra expense, Kipnis advises, “Some are inevitable, and the number of change orders does not necessarily mean something is ‘bad.’ Many projects have a unit cost because, for example, you may not know initially how many linear feet of balcony will need to be replaced. However, if you have the plan fully vetted, the proper scope of work and design, and if everyone—including the vendor—has studied the property and likes what they’re building, you’re going to have fewer change orders.” 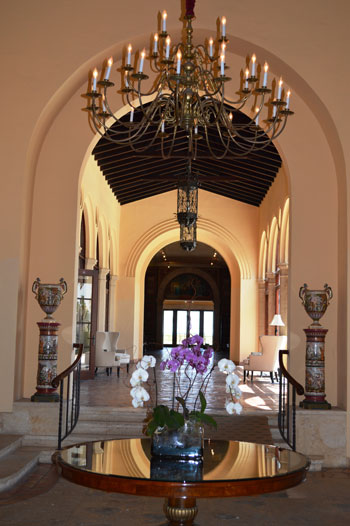 Kipnis describes a concrete restoration job, which had already had plans and scope of work defined before DSS was called in. “The board did not feel comfortable with the results, and I looked and agreed that it didn’t feel right. The engineer had only waterproofed half of the pool deck, and when asked, he said that was what he was asked for. We redrew the plans to fix the whole deck and expansion joints because it was all rotted, and we rewrote the bid so it could be clearly understood. On the $6 million project, we saved $1.2 million and gave a high-quality job. The engineering bid alone was reduced from $380,000 to $300,000. By understanding how the parties subcontract and mark up prices, we were able to enter two separate contracts—one to do the concrete remediation on the tower and the other to do the flatwork. One party was made primarily responsible for coordination, and that saved a $200,000 markup. The overall savings enabled the community to also replace the corner windows in the building with impact glass!”

In another case, a condominium had already determined the low bidder on a set of engineering plans when DSS was called in. “The engineer had designed a repair to exterior stucco, which made no sense and would damage the building,” according to Kipnis. “We got a vendor, subcontractor, and other engineers together for an open discussion. The group came up with a system that wrapped the building in special, synthetic fabric for a beautiful, long-term solution. It saved 40 percent of the cost of the project without risking damage to the building by chipping off stucco.”

“The earlier we get involved, the better,” emphasizes Kipnis. “To bring us in at the middle, after the contractor has been decided, is probably the least efficient. At that point, the cake is cooked and we’re just trying to decide how to slice it.”

Nevertheless, if a project is not progressing well, a construction manager still may be able to coordinate improvements. Kipnis relates a client situation, which was already well underway when they were consulted. “Under a warranty claim, the condominium was able to get the contractor to repair the post-tension cable ends in their building. Basically, all 26,000 cable ends in the entire tower were installed as defective, and each had to be repaired and inspected three to four times in the process. The association had reached its limit on patience when we were called in. We developed a logistics plan that maximized every square inch where you could hang a swing from the building. They were able to triple the number of employees working, so the job was completed much faster.”

Efficiency matters. Cost matters. Possibly most importantly, doing the job right matters. “We want the job done right so you never have to go back,” Kipnis states. “Warranties sound nice, but are often very limited when you need them, and many are close to worthless. In many waterproofing warranties, though the warranty covers labor and material, the limit is the amount paid to the manufacturer for the product purchased. Most exclude the overburden—the dirt, trees, planters, pavers, etc. And the contractor’s warranty for labor usually just lasts a year. Roofing warranties are different and frequently have a no dollar limit (NDL) if the roof fails. The caveat is that the owner must have performed maintenance and have documented an annual inspection or the warranty is void. Inspections and documentation are frequently omitted by the association, so there is no warranty.” 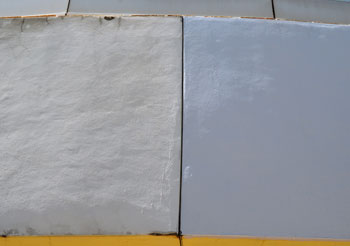 While not taking the place of an engineer or inspector, an owner’s representative will provide additional oversight of the work. “Some duplication and spot checking is a good thing because it provides accountability at different levels,” notes Kipnis. “Meetings are held weekly and as issues come up. We also look at insurance and ask questions, which may result in restructuring insurance coverage.”

According to Kipnis, it would be rare for a board, a property manager, or an engineer to be able to competently handle the overall management of a project greater than $2 million. “There is often a failure to understand the capabilities and appropriateness of the parties involved with respect to their scope of work,” comments Kipnis. A construction manager can provide an educated second opinion and bridge the gaps between specialties by looking at the broad view, ensuring that the community receives the best service from their vendors. “Our clients say, ‘You saved us a lot of money and aggravation,’ and we’re passionate about that,” Kipnis relates. “We save more than we cost, so we’re probably the best deal going!”