How Far Is Too Far?

Recently a case came before the county court in the 20th Judicial Circuit for Collier County, wherein a prospective buyer challenged the validity of a board-adopted rule which required that all prospective buyers provide two years of tax returns with their application for ownership approval. This requirement was in addition to the background check and credit check that were also required. While this is only a county court case and, therefore, has no precedential value other than to the parties themselves, there are principles addressed of which associations and managers should be aware; even though many learned attorneys would opine that the conclusions of the court are legally flawed under the facts of the case and, if appealed, would likely be overturned. Nevertheless, there are still nuggets of knowledge that can be gleaned from this case.

In this case, Mech v. Crescent Beach Condominium Association, Inc., Case No. 19-SC-3498, decided June 2020, the purchaser, who was the plaintiff, was seeking to buy a unit at Crescent Beach Condominium for $400,000, which was to be paid in cash. The purchaser purportedly had a clean background and a credit score of 800. Nonetheless, the board required that, like all other prospective purchasers at the condominium, this purchaser needed to produce his tax returns in order for the association to approve the transfer. The purchaser refused to provide his tax returns and cited his good credit score and clean background as evidence enough for approval. Eventually, an impasse was reached, and the purchaser canceled the contract. Then he brought the county court lawsuit challenging the requirement. (Generally speaking, under current Florida law, the purchaser would not have legal standing to even bring the claim against the association; but it does not appear that this legal infirmity was raised by the association, which allowed the case to proceed.)

The purchaser challenged the rule, arguing that the rule was not within the scope of the association’s authority to adopt, nor did it reflect reasoned decision-making. (It is noteworthy to point out that, after the initiation of the lawsuit, the association amended its declaration of condominium to provide that the association may require tax returns in an application for approval of a sale. However, this is not relevant to the conclusions of the Court in this case since it occurred after the litigation was filed.)

The association argued that the tax returns are necessary because they provide more information than a credit report and could help ensure that the potential purchaser is “a good credit risk.” The Court, however, did not agree, calling the argument “nonsensical.” The Court goes on to identify what this judge considers to be the best indicator of a person’s financial history, and as a result, it is the only information the association is allowed to seek. (We note that this conclusion is also without a stated legal basis.)

In the final judgment, some might argue that the Court goes way beyond what proper judicial consideration and conclusions typically contain and indicates that she could find “NO justification for the invasive requirement that a full, or even partial, return would be required when, in fact, the board already requires a full background check and credit check.” While no legal support for the conclusion was provided, the Court held that the request for tax returns was invasive and unnecessary and that the requirement was “shocking.”

The Court objected to the blanket requirement that applied to every applicant regardless of the results of their background and credit checks. Had the tax returns only been required when an applicant’s credit history showed a history of financial instability or delinquencies, the rule may have been upheld by the Court. How-ever, the Court held that “to take a position that ‘every person’ who applies to be a member at [the association] is patently unreasonable and shall be stricken.” Lastly, also without a legal basis or ability, the Court ordered the association to strike all reference in its condominium documents which require potential purchasers to produce tax returns unless the association can show good cause to request the information. 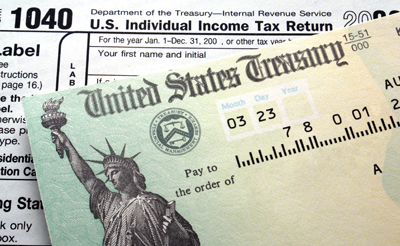 In Beachwood Villas Condominium v. Poor, et. al., a 1984 Fourth District Court of Appeal (4th DCA) case  in which several owners challenged rules enacted by their association’s board of directors, the Court noted that there could be two sources of use restrictions: (i) those set out in the declaration of condominium and (ii) those adopted by the board. As to the use restrictions set out in the declaration, the court held that such restrictions are “clothed with a very strong presumption of validity,” as initially provided in Hidden Harbor Estates v. Basso (a 1981 4th DCA case).

In examining board-adopted rules, the court first must determine whether the board acted within its scope of authority—in other words, whether the board had the express authority in the documents to adopt the rule in the first place. If the answer is “yes,” the second question to determine is whether the rule conflicts with an express provision of the governing documents or one that is reasonably inferred. (If the documents are silent on an issue, the inference is that it is unrestricted. Adopting a rule to restrict a topic that the declaration is otherwise silent about would conflict with the inferred unrestricted use and therefore be unenforceable.)  If these first two issues are found to exist, the court will then determine if the rule is reasonable. The board’s exercise of its reasonable business judgment in adopting a rule is generally upheld so long as the rule is not “violative of any constitutional restrictions and does not exceed any specific limitations set out in the statutes or condominium documents.”

In examining your own board-adopted rules, ask the following:

If the answer to these three questions is “yes,” then the rule should be found to be valid and enforceable by the court upon an owner challenge.

Ultimately, what can be gleaned from Mech v. Crescent Beach Condominium Association Inc. is that even if the association acts reasonably when adopting rules and even when amending the declaration, a lower court judge can reach almost any decision it wishes. Had the provision at issue only required tax returns when the background or credit checks revealed that the prospective purchaser had a history of financial irresponsibility, the provision may have withstood judicial challenge by this particular judge. Additionally, had the provision requiring tax returns been set out in the declaration before the initiation of the lawsuit, the outcome must have been different under existing, well-established case law.

Bottom line, whenever the board is considering new rules, it is recommended that the board consult with the association’s legal counsel before adopting them.