It appears that the tenant’s response was to call or email the TV station’s tip-line, and the end result was another thoroughly investigated and highly informative “Help Me Howard” segment by its senior reporter Patrick Fraser and long-time legal expert Howard Finkelstein. 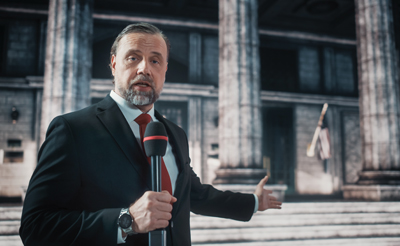 The report chronicles how Alexa Polcyn had been allowed to use and keep her motorcycle at the property for over three years until the association suddenly began “hassling our landlord about it.” She tells Fraser that she had noticed the restriction on her lease but was expressly told by the association that her motorcycle was not going to be an issue.

The association was apparently true to its word until three years later in late 2021, when it decided it would begin enforcing its motorcycle ban. It issued her a written notice that the motorcycle had to go, so the question for the station’s legal expert was whether the association could now change its mind on an exception to its rule that it had previously granted.

Finkelstein’s reply: “Whether it’s having a pet, painting a [non-approved] color, or parking a motorcycle, an association that has given approval to violate their rules cannot force a resident to then follow the rule. In most cases, those people are grandfathered in, but the association can start enforcing the rules after giving notice. Meaning, in this case, Alexa can keep her motorcycle on the property.”

Armed with this legal input, Fraser contacted the landlord, who explains that Polcyn and her partner are wonderful tenants, but the association was now cracking down on its enforcement. The landlord notes that the rules also state residents can only have one vehicle, but they have both a truck and the motorcycle.

In order to resolve the matter as fairly and amicably as possible, the landlord and association apparently agreed to provide the tenants the time they needed to find a new apartment, and they also allowed them to terminate the lease with no penalties. Indeed, Polcyn states, “Thankfully, we found a very beautiful place. It’s absolutely gorgeous.” 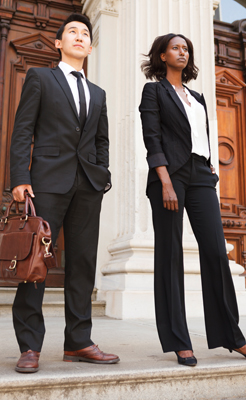 The report then concludes with Finkelstein explaining that an association can start enforcing the rules after giving notice, but that does not mean those who were allowed to break the rule have to follow them immediately. “For example, if they let you have a dog, they can stop you from getting a new dog but can’t make you get rid of your current dog,” he explains.

Needless to say, Finkelstein is correct, and his statement is an important one for all community associations to understand. Rules enforcement by community associations requires uniformity and impartiality, together with sound judgment and the guidance of highly qualified legal counsel. Implementing a change or switching to enforcement of a rule that a resident or residents have been allowed to flout can be particularly challenging and troublesome, so it is always best to do so with a great deal of reason and restraint and only in close consultation with highly experienced association attorneys. Other-wise, disputes could easily develop, and negative media coverage that diminishes property values for the entire community could then be just a quick phone call or email away for disgruntled residents.

To watch the complete report on the station’s website, visit wsvn.com/news/help-me-howard/enforcing-a-rule-an-association-didnt-enforce.

Our firm’s South Florida community association attorneys write regularly at www.FloridaHOALawyerBlog.com about timely and important matters for associations in this blog, and we encourage association directors, members, and property managers to enter their email address in the subscription box on the right to automatically receive all our future posts.

Laura Manning-Hudson is a shareholder with the law firm of Siegfried Rivera who is board certified as an expert in community association law by the Florida Bar and has focused on association matters since 1998. She is based at the firm’s office in West Palm Beach and is one of its most prolific contributors to its association law blog at www.FloridaHOALawyerBlog.com. The firm also maintains offices in Miami-Dade and Broward counties, and its attorneys focus on real estate, community association, construction, and insurance law.  For more information, visit www.SiegfriedRivera.com or call (561) 296-5444.