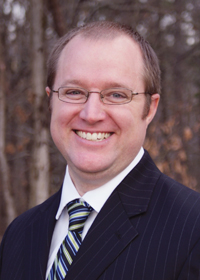 Last month in the July issue of FLCAJ, the main focus was preparing for and responding to natural disasters. In this August issue, we turn to man-made disasters, such as disasters that lead to liability (crimes, accidents, and other unfortunate events), theft, preventing physical problems, construction defects, financial distress, and lawsuits. What are the right steps to take to avoid liability? How can your community make safety a priority? For the answers to these questions and more, turn to the article “Man-Made Disasters: Problems You May See Coming” on page 8.

In “What’s in A Name” on page 20, Donna Berger, Esq., with Becker & Poliakoff deals with defamation claims. As she defines it, “Defamation is a tort which refers to a false statement, either spoken (which is known as slander) or written (which is known as libel), that injures someone’s reputation.” The article continues to describe which statements are deemed inherently injurious to one’s reputation, provides examples of what must be alleged by the plaintiff to state a cause of action for defamation in Florida, lists recognized defenses to a defamation lawsuit, and details potential problems that may be encountered when pursuing a defamation lawsuit. It’s a helpful read for all residents who live in a community association and serve on the board of directors.

Brie Peterson with Envera Systems also writes on the important topic of securing your community against workplace violence. The article can be read on page 44. She discusses the importance of background checks and drug testing when hiring on-site employees. Furthermore, she highlights the importance of having a good handle on a community’s access control. Having systems in place that can document incidents, such as video surveillance, is important. Finally, having a complete plan in place “should prevent or delay a situation, and it should detect a person or intrusion. The plan should also include a method of response as well as provide evidence if something does happen.”