Kicking a Can and Biting an Apple

Kicking a Can and Biting an Apple

What is the Big Deal with Reserves?

When it comes to an association’s financial health, planning for reserves can be overwhelming to most people and usually gets pushed aside until it can no longer be ignored. This is especially the case when owners are not educated on the importance of planning for future expenditures to maintain the safety, value, and aesthetics of a property. Most of the time, the subject of reserves is an uncomfortable one. Many associations do not want to or cannot raise their reserve contribution by more than a few percent each year. But let’s look at the facts to get a big picture of what can happen if the association keeps kicking the can down the road.

Take ABC Condominiums (fictitious) with 100 units. It’s also important to factor in that the association has barrel tile roofs. Built in 1980, these roofs are supposed to last 50 years, right? As a rule, the unit owners have voted to waive the reserves for the last 15 years. Now, the roofs on all 10 buildings are leaking, and the association has spent many thousands of dollars trying to repair them to make them last another 10 years. The roof replacement has been bid at $1,200,000. The balance on their roof account is $200,000. As of now, the roofs need replacement 10 years early. Why is this? The underlayment has suffered damage from the elements, and quality of materials from the developer was not the best grade. This is something that could not be foreseen. So now ABC Condominiums needs $1,300,000 immediately that could have been collected over the last 15 years as a small increase each year to deter the special assessment that is inevitable. ABC Condominiums also has not had a reserve study done in 10 years, so they had no information on rising costs in construction labor or materials. So, in the end, a special assessment or loan will be the only chance they have of keeping dry in the rain. 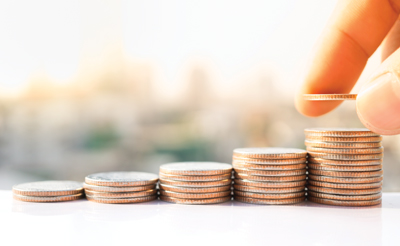 What should have happened? ABC Condominiums should have contracted a professional reserve analyst to perform a comprehensive reserve study every three years with updates annually, raised the assessments to fully fund the reserves, and bit that apple while it was ripe. The methodic undertaking of fully funding the reserves relieves many problems for owners and future owners, not to mention it keeps the board in compliance with the fiduciary responsibility laid upon them.

So, will a fully funded reserve account always keep the dreaded special assessment at bay? The answer is that as much as we want to believe it will, it will not guarantee there will be no special assessments. Although, it is your best defense against special assessments, falling property values, and rising insurance premiums and deductibles, and it’s an asset when it comes time to put a property on the market. Most associations, condominium and homeowner, will purposely never achieve 100 percent funded. A healthy percentage for reserves is considered to be at 70 percent or above. This is an average number that can be palatable and not have dire effects on the property. Of course, having a fully funded reserve account is ultimately the goal.

So let’s talk about not having reserves at all. Yes, there are some associations that have never had a reserve fund. Therefore, 20 years in, the association realizes it is in trouble. As an example, LKM Condominiums has never had a reserve account. It has 40 units and has a tower with a bitumen roof over a concrete structure. The association was built in 2000. The roof life is usually 20 years for this type of roof, and they are coming up on their 20th birthday. The president lives in unit 1G and has noticed there are signs of water damage on the side of the building. After calling a professional, he learns the roof has a leak; and he now has not only water intrusion but also a roof replacement at an estimated cost of $1,200,000. However, at the same time, he can repair the water damage for an additional $300,000, for a total of $1.5 million. If the association had been funding the reserves, they would have most if not all the funding needed to do the repairs. In this case, they must implement a special assessment of $37,500 per unit. In this case, the association will suffer foreclosures, declining property values, and many delinquencies. On top of the special assessment, the owners with damage will need to live somewhere else while the repairs are going on. This opens up another set of challenges and skyrockets from there.

Not all associations have these issues, nor are they unaware of reserves. A planned method of attack, a reserve study, and a well-informed board are the best defenses against a stressful ownership in any association.

As Ben Franklin said, “Failing to plan is planning to fail.” Wise words then and now.

Anastasia Kolodzik is the vice president and oversees the reserve study department of Expert Inspectors, which is a Florida-based, family-owned and -operated company servicing all 67 counties. Anastasia works closely with board members and association managers and recognizes this as the key ingredient to preparing a proper reserve study. She has been certified by the state of Florida to teach reserve studies continuing education to community association managers. For more information, call (386) 677-8886, email anastasia@flinsurancevaluations.com, or visit www.flinsurancevaluations.com.