The Bahia at Delray HOA, located in Delray Beach, enjoys a spacious 26-acre setting for their 236 units. Board members and manager alike consider their natural setting and location to be the focal attractions for the community. “We have three lakes and trees, trees, and more trees,” observes manager Tammy Mazak with FirstService Residential. “With the style of the buildings, trees, and landscaping, it’s almost like a country-type Key West. We have swans, squirrels, and a family of hawks at the back. Our location is a key element in units turning over almost immediately when they come on the market.”

The community was built in 1989 as an apartment complex and includes 15, two-story frame buildings. “We have a volleyball court, swimming pool, tennis courts, and clubhouse with fitness center and media room,” Mazak relates. “The community is mostly young professionals, with a mix of permanent residents, second-home owners, and renters.” 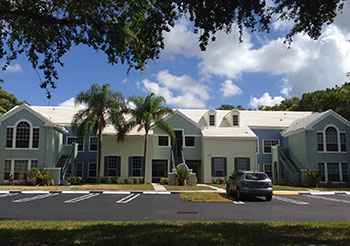 In 2005, as the housing market bubble grew, the developer converted the property to a condominium. Mazak came on board as manager in 2011, at which point the community was nearing receivership. “They were not using competent vendors, there were 53 foreclosures, and there was more than $3 million in construction deficiencies when the developer turned the property over,” recalls Mazak. “The previous management was a small organization that didn’t have the resources and ability to manage a community with many issues.

“A strong board president with a background in construction began serving when I started as manager, so our goals meshed,” comments Mazak. “The old management took many of the records, and we had to rebuild resident files. The association hired two firms to help with the cash flow and collections process. Some foreclosures were almost six years old at that time, and we still have three in foreclosure from 2007. The association decided not to foreclose on any properties because we are not prepared to be in the rental business.” 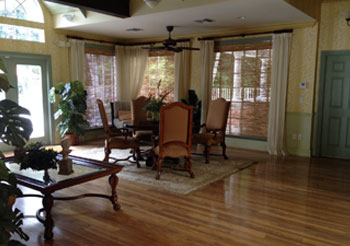 Prior to turnover, an engineering inspection discovered roof problems and multiple building and structural issues, largely related to the wood frame construction. Mazak explains, “The buildings looked beautiful, but they had hidden leaks behind the walls where there was not proper sealing. The community sued the developer, but because they did not have the money to pursue it, they settled for a small fraction of the amount of the deficiencies.”

Bringing in competent vendors has helped the association improve appearance, resident satisfaction, and sales with the money available. “Previously, the association had eight to nine workers on staff who were not experienced, so work was often not performed properly,” relates Mazak. “We brought in vendors who could take care of the community the way it should have been taken care of.

In 2012, a special assessment was necessary to upgrade the buildings and finish painting, but the assessment did not drive off any owners because it was money well spent.” 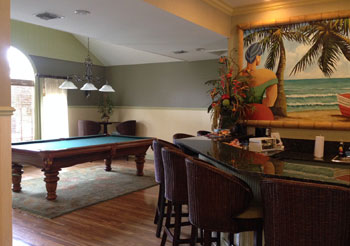 “So many vendors were taking the association to the cleaners,” Mazak comments. “They were overpaying for landscaping, plus not receiving a good job. Pests were a problem, so we called in a new vendor that set up the traps needed and monitors them regularly. It’s a matter of staying on top of it, which the prior company wasn’t doing. Pests are a never-ending battle, since they tend to be drawn to the wood frame construction, especially in the winter months.”

The largest savings in expenditures came from overlooked insurance credits, which were not being claimed. “I found that the community was qualified for a $35,000 per year credit by getting annual fire sprinkler inspections,” Mazak reports. “They had been missing out on that for five years.”

“The association pays for water for all the homes, and that bill was incredibly high,” according to Mazak. “We discovered that many toilets needed minor repairs, and when the owners made those improvements, we started saving $10,000 per year.” 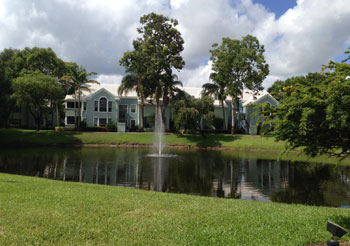 The association has amended their documents to better reflect the community’s desires regarding rentals and pets—two aspects that frequently help define a community. “The documents previously did not spell out the terms for using homes as a seasonal rental, and we had some using them as vacation rentals, which was contrary to the association’s wishes,” Mazak relates. “The pet restriction was also expanded: any aggressive breed had been banned. The new restrictions spell out the breed restrictions and add a weight limit of 40 pounds at maturity. Most of the breeds considered dangerous—dobermans, pit bulls, chows, etc.—will also be banned by the weight limit. Pets over the weight limit, which are already here, were grandfathered in so there will still be some larger dogs for a while. 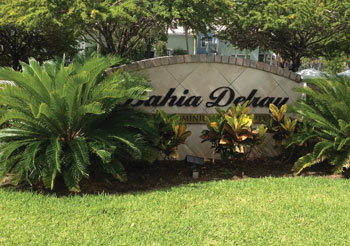 “The community also implemented a doggie DNA program,” Mazak reports. “With more than 100 dogs here, there were problems. Then the board president stepped in a pile of poop with sandals on, and that was the limit. Now all dogs have to register as a member of the PooPrints world registry with a mandatory $45 test paid for by the dog owner. When a dog is identified because it left a mess, the owner pays a $100 fine. Of that, $64 pays for the test and $15 for the sample test kit. Our only issue is that if there is no match from the sample, the association has to pay for the test. We are gated at the front, but there is a side area where other people do walk their dogs, so we’ve had to be careful of what we test. We now have 85 percent compliance with people picking up after their pets!”

With finances stabilized, Mazak states, “We’re now out of the red and able to fund reserves. The community never had been able to do that until this year.” Though unit prices are still lower than when the community began, the market is much better. “The developer retained 43 units when she did the conversion,” says Mazak, “but with the new market, she’s sold almost 30 of those homes.”

Mazak was new to property management when she came to Bahia, and acknowledges, “It’s definitely been a challenge, but I’ve learned so much, and I love everything that I do!” Finances have been turned around so the board and residents are pleased, but the community will continue to deal with building issues from original construction that was not done properly. According to Mazak, “It’s not that we’re not facing challenges now, but we are managing them.”