When Is Approval Needed?

Florida courts have construed the phrase “material alteration or addition” to mean to palpably or perceptively vary or change the form, shape, elements, or specifications of a building from its original design or plan, or existing condition, in such a manner as to appreciably affect or influence its function, use, or appearance. Courts have interpreted the phrase broadly and have held that simply changing the paint color of a community from multiple colors to a different single color constitutes a material alteration requiring approval as described in the condominium’s declaration or the Condominium Act. A review of the case law suggests that nearly anything short of maintaining a condominium’s original appearance using the same materials may be construed as a material alteration.

Anyone who has been involved in a condominium’s effort to maintain and improve condominium property has faced the question of whether a seemingly minor change in what was built originally goes beyond maintenance and enters the realm of a material alteration which may require some level of unit owner approval. Hardly a condominium association exists that has not considered proceeding with a close call and figured “if someone sues us, we will seek the owners’ approval then…” Even many attorneys who have counseled their clients on such issues have shepherded communities through the process of ratifying a previously made alteration by seeking the approval of the unit owners after the alteration has been made. When the legislature amended Section §718.113 to expressly require any approval to be obtained before the alteration was made, it left many questioning whether that meant that the owners could no longer ratify a previously made alteration by obtaining the owners’ approval after the work was complete. On July 15, 2020, the Third District Court of Appeal, the appellate court that considers appeals from Miami-Dade and Monroe County circuit courts, answered that question with a resounding “NO!” in a case styled Bailey v. Shelborne Ocean Beach Hotel Condominium Association, Inc. and all but said ratification as an available remedy for failing to obtain advance approval of an alteration is dead. 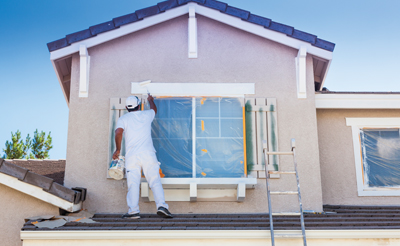 In Shelborne, the court held that §718.113, Fla. Stat., of the Condominium Act requires any approval of a proposed material alteration to be obtained before the work was complete and rejected the ex post facto approval by more than 75 percent of the unit owners. Interestingly, the court was not even interpreting the 2018 amendment to §718.113, which expressly required the approval in advance, but was interpreting the pre-amendment 2017 version of the statute. The court held that, even without considering the 2018 amendment, unit owner approval of a material alteration after the alteration was complete was not sufficient to satisfy the requirements of the statute. The court left open the question of what the trial court is supposed to do when it sends the case back for further proceedings. We are left to speculate about whether the trial court is expected to enter an injunction requiring the alterations to be removed. Since the appellate court held that the trial court should not consider the effort to approve of the alterations after they were made, short of ordering the demolition of the alterations, it is hard to imagine what remedy is left.

Since returning the property to its pre-alteration state may be impossible in the Shelborne case without risking damage to the building, it will be interesting to see how this case works out. One of the lawyers for the unit owners involved in the Shelborne case has commented publicly that many of the underlying facts were left out of the court’s opinion and that, had those facts been included, the result may not have seemed so harsh. This could be a classic case of “hard cases make bad law.” Stay tuned.

Keith F. Backer, Esq., is a partner of Backer Aboud Poliakoff & Foelster, a law firm serving community associations in Palm Beach, Broward, and Miami-Dade Counties. The Firm was founded by Mr. Backer, a Florida Bar Board Certified Specialist in Condominium and Planned Development law with more than 30 years of legal experience in Florida. The law firm was created to provide community associations with the highest quality legal services with a degree of personal attention often difficult to obtain at larger firms. For more information on Backer Aboud Poliakoff and Foelster, call (800) 251-3562, email kbacker@bapflaw.com, or visit www.bapflaw.com.