DEAR POLIAKOFFS,
Is it legal for members of a condominium board to form a slate of candidates when running for re-election and recommend to owners to vote for them? – Signed, E.D.

DEAR E.D.,
It’s legal, and it happens all the time. It is possible that a condominium declaration could specifically prohibit candidates from electioneering, and it might be enforceable, but we’ve never seen such a provision. A board-made rule prohibiting such behavior would probably not pass the reasonableness test. That said, note that no candidate may fill out ballots for other people, and the ballot for the election must list all candidates alphabetically, and not indicate which candidates are incumbents. The ballot cannot itself indicate what the “slate” is.

DEAR POLIAKOFFS,
Can an elected board insist that all owners carry their own insurance? – Signed, M.L.

DEAR M.L.,
There are two types of rules in a condominium or HOA—those that are found in the declaration of covenants, and which are almost always en-forceable (unless they violate public policy or are discriminatory) and those passed by boards pursuant to powers granted in the documents, which rules must pass a reasonableness test. Insurance requirements are common within declarations and are certainly enforceable. A board-made rule mandating that owners purchase insurance would depend on the specific rule making powers granted by the governing documents and would be a far trickier issue. It would probably have to rely on a general power to pass rules designed to protect the common elements and the welfare of owners and residents, and even then, it could be argued that mandating the carrying of insurance that covers personal property is not within the legitimate interests of the association or the board. It’s a close call.

DEAR POLIAKOFFS,
My question relates to the law that a board member who is behind in maintenance fees for more than 90 days is not allowed to participate. Would this mean 90 days of the full maintenance fee, or does this mean even if they carry a balance for three months, they are ineligible? What does the statute really mean? – Signed, F.N.

DEAR F.N.,
The Condominium Act states that any board member delinquent in any monetary obligation to the association for more than 90 days is deemed to have abandoned his or her board position. That means any obligation, even for one dollar. If the board member owes the association any amount of money for more than 90 days, they are automatically off the board and ineligible to serve. And, it’s not a first in, first out system. You can’t pay a three month old maintenance payment, but not have paid your current payment, and claim you are not actually delinquent. Once you become delinquent, the clock starts ticking until you are paid in full. 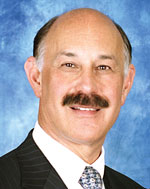 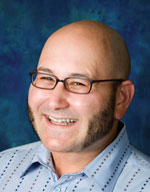 GARY POLIAKOFF, J.D. AND RYAN POLIAKOFF
Gary A. Poliakoff and Ryan Poliakoff are co-authors of New Neighborhoods—The Consumer’s Guide to Condo-minium, Co-Op and HOA Living. Gary Poliakoff is a Founding Principal of Becker & Poliakoff, P.A. He has devoted a significant part of his career to the practice of community association law and is considered one of the foremost authorities on the subject. Ryan Poliakoff, Senior Counsel at Sachs Sax Caplan, P.L., is a former property management executive and has appeared nationally in print and radio on shared ownership. E-mail questions to condocolumn@gmail.com.

DEAR POLIAKOFFS,
We live on the fifth floor of a condominium apartment building. There is a mortgage on the apartment. The building carries the flood insurance. Every year I get a request from the bank to show that I am carrying flood insurance, and I have
to contact the manager to prove it to the bank. Do you have suggestions on how to facilitate dealing with, what I presume is not an uncommon, problem? – Signed, G.G.

DEAR G.G.,
The way you are doing it is exactly how it is done in every association. It’s just a once-a-year thing you have to deal with when you own a condominium where flood insurance is required. The only way it could be marginally easier is if the property manager, each year, sent every owner the insurance documents they will need to provide to their mortgage company, saving one step.

DEAR V.C.,
What you describe sounds particularly questionable. In a condominium, the answer is absolutely not—that’s clearly spelled out in the administrative code. But in an HOA, it would come down to general principles of corporate procedure, as HOA elections are entirely different than condominium elections, and many don’t even require balloting—people simply vote at a traditional owner’s meeting. So, you should look carefully at your documents, particularly the bylaws. We have a hard time seeing a situation where what you describe would pass muster. The Division of Condomin-iums does have jurisdiction over HOA elections, so you may want to contact them. As for breaking a tie, the tied candidates can themselves agree any method of breaking the tie (flipping a coin, tiddlywinks, marbles, arm wrestling), and if it can’t be resolved that way, the association would have to hold a runoff election (assuming the governing documents don’t specify a different method).