Author’s Note: This article was first printed in December 2009, and except for a change in circumstances from the economic crash due to the new coronavirus and tornadoes, it still seems relevant and worthy of reprinting.

You can read the title one of two ways—opportunity is nowhere, or opportunity is now here. The way you read it first may be an indicator of how well you have fared during these tough economic times and how you will approach the rest of 2020.

No doubt managers and boards of directors have faced some challenges these past four months. With the COVID-19 pandemic and the resultant loss of jobs, delinquent assessments caused massive revenue losses for associations. Since associations are created for the sole purpose of maintaining and preserving the association property, their main, and most often only, source of income is from assessments. For the most part, associations have nothing to sell—no products or services. With the loss of revenues, managers and boards of directors were forced to make some tough decisions. Employees were laid off, some retired, others were moved to part time, and many just simply did not rehire when vacancies occurred. Boards were forced to make decisions that scrimped on maintenance and delayed capital improvements. Owners complained about the unkempt pools and yards of the unoccupied homes, so boards chose to spend what little money they did have and mow the yards and clean the pools. Managers had to deal with multiple foreclosures, consult with association attorneys whom they had to pay, and spend hours handling additional paperwork. For a while, the foreclosures netted a little relief, but then the banks quit foreclosing and just let those homes and their assessments sit in limbo.

How many times in the past four months have you heard, “Can we at least get one little break?!” It is being said wherever you go, no matter what industry or walk of life you go to. It seems as if opportunity is nowhere.

But if opportunity is now here, then there is hope. Opportunity is defined as (1) an advantageous chance—a chance, especially one that offers some kind of advantage, or (2) favorable conditions—a combination of favorable circumstances or situations. Synonyms are chance, occasion, opening, break, and prospect.

If we need and want a “break,” what is it? What is an opportunity? Does it just happen and randomly fall on whomever it wishes, or do you have some say in getting a break, getting an opportunity? Hear what others have said:

General Douglas MacArthur (1880–1964) wisely noted, “There is no security on this earth, there is only opportunity.”

Thomas A. Edison (1847–1931) said something similar to Henry J. Kaiser, “Opportunity is missed by most people because it is dressed in overalls and looks like work.”

Patty Hansen is quoted in Prevention Magazine (November 2005) as saying, “You create your opportunities by asking for them.”

But we like things the way they used to be. Life was a given, there were things that were known, you could go to work and not have to think. There was certainty and security in the past, not the risk and doubt and fear like today.

Tucked in this line of thinking is the real reason we don’t find opportunity. We became lazy and content. We just don’t want to work that hard to find opportunity or to make our own break and then figure out what to do with it. So, did we get lazy and apathetic? What happened? 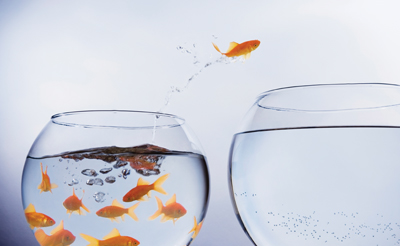 Centuries ago, a man by the name of Alexander Fraser Tytler, Lord Woodhouselee (October 15, 1747–January 5, 1813), who was a Scottish-born British lawyer and writer, lived at the same time as the American founding fathers. He described a repeating cycle he found in history that societies went through again and again, lasting roughly 200 years each time. Tytler said the cycle starts out with a society in bondage. Then it goes in this sequence:

A society starts out in bondage, meaning no or very limited freedoms. Now faced with a very difficult situation (bondage), it turns to religion and religious faith (revival). Through this it achieves the courage to fight for and win its freedom. Next, through the benefits of freedom, it lives in abundance in material things. Abundance gives way to complacency, greed, selfishness, and laziness. Apathy follows (low voter turnout) and then dependency (on others or government) until it is back to bondage, with liberties gone.

Our communities could be considered a society. Look back at the history of your association.

Most likely, community associations aren’t going to have anyone to bail them out. If they do, they will be owned by the bank or an insurance company or the government.

So, the question is: What does it take to “get a break”? The short answer is—go out and make your own break. Here are some things others are doing.

Betsy Barbieux, CAM, CFCAM, CMCA, guides managers, board members, and service providers in handling daily operations of their communities while at the same time dealing with different communication styles, difficult personalities, and conflict. Effective communication and efficient management are her goals. Since 1999, Betsy has educated thousands of managers, directors, and service providers. She is your trainer for life! Betsy is the author of Boardmanship, a columnist in the Florida Community Association Journal, and a former member of the Regulatory Council for Community Association Managers. Subscribe to CAM MattersTM on YouTube. For more information, contact Betsy@FloridaCAMSchools.com, call (352) 326-8365, or visit www.FloridaCAMSchools.com.