Raffles and Games of Chance

Raffles and Games of Chance

A Gamble For Community Associations

Historically, gambling was only illegal when it became a public nuisance (See Lee v. City of Miami, 121 Fla. 93, 163 So. 486 (1935)). Today, although gambling is not generally prohibited, almost all forms of gambling are either prohibited by Florida law or heavily restricted. Given the potential for condominiums, co-ops, and homeowners associations or its members to ask to conduct raffles, games of chance, or other forms of gambling (e.g., 50/50 raffle drawings1, “horse racing,”2 and bucket raffles/Chinese auction3) on common areas, it is important for community associations to understand state gambling laws and how they operate in the context of their communities. 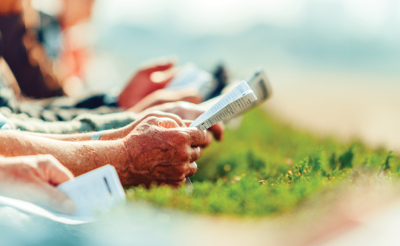 Chapter 849 of the Florida Statutes regulates gambling in Florida. Section 849.09, Florida Statutes (2018), provides in pertinent part that it is unlawful for any person in the state to set up, promote, or conduct any lottery for money or for anything of value; conduct any lottery drawing for the distribution of a prize or prizes by lot or chance, or advertise any such lottery; aid or assist in the setting up, promoting, or conducting of any lottery or lottery drawing in any other manner whatsoever, or be interested in or connected in any way with any lottery or lottery drawing; or attempt to operate, conduct, or advertise any lottery scheme or device. Any person convicted of violating one of these prohibitions is guilty of a third-degree felony or first-degree misdemeanor.4

Section 849.11, Florida Statutes (2018), also provides that “whoever sets up, promotes or plays at any game of chance by lot or with dice, cards, numbers, hazards or any other gambling device whatever for, or for the disposal of money or other thing of value or under the pretext of a sale, gift or delivery thereof, or for any right, share or interest therein, shall be guilty of a misdemeanor of the second degree…”

While there are exceptions for drawings by chance or raffles conducted by certain charitable organizations under Section 849.0935, these exceptions generally do not apply to community associations because they are not exempt from federal income taxation under the provisions of Section 501(c)(3), (4), (7), (8), (10), or (19) of the Internal Revenue Code (IRC) as a religious or charitable club, civic organization, recreational club, fraternal society, or organization of past or present members of the Armed Forced of the United States, respectively. (See §849.0935(1)(b), Florida Statutes (2018) (defining the term “Charitable, Nonprofit Organization”).) While a community association may be a not-for-profit corporation, this does not make it a nonprofit tax-exempt organization under the IRC. To be tax-exempt, a corporation must operate for the benefit of the general public, not solely for the benefit of its members.5 In the case of most community associations, games of chance, raffles, or lotteries for money or for anything of value being conducted on the premises would be for the private benefit of their members and not the public at-large, and, accordingly, community associations are generally subject to the state prohibitions on same. 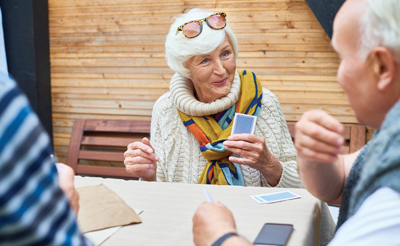 Most governing documents that regulate community associations also provide that association property must be used in accordance with all federal, state, and local laws and ordinances. They often further require that members not permit obnoxious, offensive, or nuisance activities, including illegal acts, in their units or on their lots.

Even where the board of directors or a manager of a community association does not conduct, authorize, or promote illicit games of chance, raffles, or lotteries for money or for anything of value on common property, they may still be held liable for the illicit activities on association property conducted or promoted by its members.6

In light of the foregoing, games of chance, raffles, or lotteries for money or for anything of value in the context of a community association violate Chapter 849, Florida Statutes, even to the extent that the community association does not receive a portion of the proceeds or a portion of the proceeds goes to a charitable “cause.” A community association sponsoring, conducting, promoting, advertising, or assisting with such unlawful activities—or even just having “fleeting knowledge” that members and their guests are independently attempting to sponsor, conduct, promote, or advertise them on association property, and the community association failed to take steps to stop the illicit activities—may expose the community association, its employees, its managers, and/or its board members to criminal liability. Criminal conduct by a corporation also presents additional potential problems, including, but not limited to, loss of the presumption of indemnification (hold harmless) entitlement in the event legal proceedings are brought and exclusion from coverage under most insurance policies, including Directors’ and Officers’ (D&O) Liability policies.

1 Where 50 percent of the total money collected is then randomly given to one of the participants (and the odds are weighted proportionately by the number of tickets purchased) and the other 50 percent goes to a charitable “cause.”

2 Where squares are placed on the ground and wooden horses are advanced in the squares with a roll of the dice (done by audience participation). Each horse (person) has calculated odds based on the number of tickets sold. The horse moving through all spaces first is paid from the proceeds on calculated odds.

3 Where an arm’s length of tickets are sold for a given price and there are a number of prizes with buckets being placed in front of each prize. The person buying the tickets can place as many tickets as they have in the bucket(s) of his or her choice. The proceeds raised would be put toward a charitable “cause.”

6  See e.g., Dep’t of Bus. & Prof. Reg. v. Bottoms Up Bar, Inc., Case No. 98-1569 (Fla. Div. Admin. Hrgs. Nov. 19, 1998) (where a bar patron decided to start a football pool and she gave the football pool sheet to the bartender for safekeeping and later she passed it to the owner of the bar and the bar owner was held accountable for the independent illegal gambling of her patron, citing Freeze v. DBPR, Division of Alcoholic Beverages and Tobacco, 556 So.2d 1204, 1205 (Fla. 5th DCA 1990) (finding that “[w]hile a licensee is not the absolute insurer of the actions of its patrons, it is accountable if it was aware of violations by its patrons and failed to take steps to stop the violations.”)).

Kathleen O. Berkey is a shareholder attorney and certified land planner (AICP). Her practice focuses on community association law and land use/development-related issues, including planning, zoning, and entitlements. As a certified land planner, she testifies as an expert witness on land use and zoning issues. Ms. Berkey was also recognized by Florida Trend Magazine as a “Legal Up & Comer” in 2017. For more information, call (239) 433-7707 or email KBerkey@beckerlawyers.com.