Without exception, the affirmative defense of “selective enforcement” is one of the most misunderstood concepts in the entire body of community association law. How often have you heard something like this: “The board has not enforced the fence height limitation, so it cannot enforce any other architectural rules”? Simply put, nothing could be further from the truth.

In the seminal case of Chattel Shipping and Investment Inc. v. Brickell Place Condominium Association Inc., 481 So.2d 29 (FLA. 3rd DCA 1986), 45 owners had improperly enclosed their balconies. Thereafter, the association informed all of the owners that it would take “no action with respect to existing enclosed balconies but prohibit future balcony constructions and enforce the enclosure prohibition.” As you might have already predicted, nevertheless, thereafter an owner of a unit, Chattel Shipping, enclosed their unit; and the association secured a mandatory injunction in the trial court requiring the removal of the balcony enclosure erected without permission. The owner appealed. In the end, the appellate court disagreed with the owner who argued that the association decision to enforce the “no enclosure” requirement only on a prospective basis was both selective enforcement and arbitrary. The court held that the adoption and implementation of a uniform policy under which, for obvious reasons of practicality and economy, a given building restriction will be enforced only prospectively cannot be deemed “selective and arbitrary.” 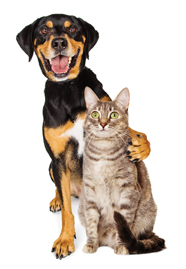 In Laguna Tropical, A Condominium Association Inc. v. Barnave, 208 So. 3d 1262, (Fla. 3rd DCA 2017), the court again used the purpose of the restriction in its determination of whether the association engaged in selective enforcement. In Laguna Tropical, a rule prohibited floor covering other than carpeting unless expressly permitted by the association. Additionally, the rule provided that owners must place padding between the flooring and the concrete slab so that the flooring would be adequately soundproof. In this case, an owner installed laminate flooring on her second floor unit and the neighbor below complained that the noise disturbed his occupancy. As a result of the complaint, the association demanded that the owner remove the laminate flooring. However, the owner argued selective enforcement because the association only enforced the carpeting restriction against the 11 exclusively upstairs units in the condominium. The court noted that the remaining units in the condominium were either downstairs units only, or were configured to include both first-floor and second-floor residential space within the same unit.

Again, the court looked to the purpose of the prohibition on floor coverings other than carpet and found that the prohibition was plainly intended to avoid noise complaints. Therefore, no selective enforcement was proven because no complaints were shown to have arisen regarding any units except the eleven exclusively upstairs units.

What about cats and dogs? In another case, Prisco v. Forest Villas Condominium Apartments Inc., 847 So. 2d 1012 (Fla. 4th DCA 2003), the Fourth District Court of Appeals heard an appeal alleging selective enforcement regarding the association’s pet restrictions. The association had a pet restriction which stated that other than fish and birds, “no pets whatsoever” shall be allowed. In this case, the association had allowed an owner to keep a cat in her unit, but refused to allow another owner to keep a dog. The association argued that there was a distinction between the dog and the cat. However, on appeal, the court found that the restriction was clear and unambiguous that all pets other than fish and birds were prohibited. Therefore, the court reasoned that the facts which make dogs different from cats did not matter because the clear purpose of the restriction was to prohibit all types of pets except fish and birds. In other words, the court held that the plain and obvious purpose of a restriction should govern any interpretation of whether the association engaged in selective enforcement.

If an association has a “no pets” rule and allows cats, must it allow dogs, too? There is a long line of arbitration cases that have distinguished dogs from cats and other pets for purposes of selective enforcement. For example in Beachplace Association Inc. v. Hurwitz, Case no. 02-5940, a Department of Business and Professional Regulation Division of Florida Condominium Arbitration case, the arbitrator found, in response to an owner’s selective enforcement defense raised in response to the association’s demand for removal of a dog, that even though cats were allowed, that comparison of dogs to cats was not a comparative, like kind situation. Further, the arbitrator found that cats and dogs had significant distinctions such as barking versus meowing, and therefore the owner’s attempted use of the selective enforcement argument failed.

But, in Hallmark of Hollywood Condominium Association Inc. v. Andrews, Case 2003-09-2380, another Department of Business and Professional Regulation Division of Florida Condominium Arbitration case, the learned arbitrator James Earl decided that because the association has a full-blown “no pets of any kind” requirement and since cats were allowed, then dogs must be allowed, too. In other words, the defendant owner’s waiver defense worked. But, the arbitrator wisely noted in a footnote as follows: “The undersigned notes that there is a long line of arbitration cases that have distinguished dogs from cats and other pets for purposes of selective enforcement. However, the Fourth District Court of Appeals has ruled that where the condominium documents contain particular language prohibiting all pets, any dissimilarity between dogs and cats is irrelevant and both must be considered. See Prisco.” The distinction between the two arbitration cases could be explained because of timing in that the 4th DCA’s decision in Prisco was not yet published when Hurwitz was decided.

From these important cases, it can be gleaned that

Remember to always discuss the complexities of re-enforcement of covenants and rules and regulations that were not enforced for some time with your association’s legal counsel in an effort to mitigate negative outcomes. The process (commonly referred to as “republication”) can restore the viability of a covenant or rule that may have been waived due to the lack of uniform and timely enforcement.