A Step In The Right Direction

In June 24th of this year, the one-year anniversary of the tragic collapse of the Champlain Towers South condominium was marked, an event that has forever changed the community association industry. Our hearts go out to the families of those who lost loved ones in the disaster as well as those who lost their homes and have since endured many long months of grief and uncertainty. What happened at Champlain Towers South has affected us all and will continue to alter how our industry operates for the foreseeable future. Within days after the tower’s collapse, Florida’s elected officials began to focus on how to prevent such a tragedy from ever happening again. Over the ensuing months, they began to shape a legislative response, which, despite impressive efforts on the part of both the house of representatives and the senate, initially ended in a “stalemate” at the end of the regular legislative session in March. By all accounts, nobody expected that to be the end of the process, and all parties vowed to come back to the table to further address the problem. However, no one seems to have anticipated just how quickly that day would come.

In May, the legislature reconvened in a special session, initially intended to address the state’s ongoing concerns with the affordability and availability of property insurance. In a surprise turn of events, the legislature also reignited the prior discussions pertaining to condominium reforms and, over the course of a few short days, drafted and unanimously passed a new piece of legislation with far-reaching consequences. Before most people knew the legislation was even back on the table, Governor DeSantis signed the bill into law on May 26th. The quickness of this process and the magnitude of the forthcoming changes were a major surprise to those of us in the community association industry, who are now tasked with aiding Florida’s communities with understanding and implementing the new law.

Many aspects to this legislation are positive steps forward for associations in the State of Florida, and we all applaud our government’s efforts to make Florida communities safer. Mandating milestone structural inspections, requiring regular reserve studies, and eliminating the option to waive reserve funding are all appropriate and effective ways to help properties preserve their long-term physical and financial health. Promoting more transparency and disclosure of key building inspections and other documents is also long overdue and will surely lead to a more informed marketplace, rewarding those communities that can demonstrate financial strength and providing a warning to stakeholders to steer clear of those that cannot. 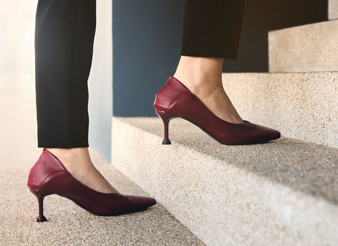 In particular, the requirement for mandatory reserve funding is critical. Although some may view this as a radical move, it is not, especially when viewed from a national perspective. We are unaware of any other state in the country where association residents have the option to vote to waive this essential part of their property’s annual budget. Florida is unique in that it has historically provided the easy excuse for associations to limp along from year to year, relying on special assessments or borrowed money to pay for very predictable capital projects. In other states, association residents typically enjoy a much lower exposure to these assessments, whereas Florida property owners are too often subject to a recurring game of financial “musical chairs.” It’s a familiar story for many—the association waived reserves for years, resulting in annual budgets that were artificially lower than they should have been all along. In doing so, they shift the burden of major replacement costs onto future generations of owners. When the music stops—i.e., when the inevitable building projects come due—the current generation of owners asked to pay the special assessment bitterly realizes that in doing so, they are effectively picking up the tab for those who came before. Association residents should not have to pay more than their “fair share” of the cost of maintaining their buildings, and waiving of reserves guarantees that will happen. By disallowing this practice, the legislation will force owners to recognize that the true cost of living in an association must include healthy amounts of reserve funding—it’s the only way to reliably offset the ongoing effects of deterioration of building components. Although there is some debate and disagreement about how this new requirement will be implemented, Florida’s residents should understand that this is ultimately a good thing, and maybe the most important outcome of this bill.

On the other hand, no piece of legislation is above criticism, and there are certainly a number of specific details that should be reevaluated in order to make implementation more practical. As soon as the bill was adopted, many of us have anticipated that a “cleanup” bill will be forthcoming, as is often the case when such sweeping changes are enacted. For one thing, the time to comply with these new requirements is very short—allowing associations only 30 months to make up for (in some cases) decades of shortsighted decision-making is a very tall order, especially during a period of major economic uncertainty. Initial reports indicate that over 16,000 properties will now be subject to the new age-based milestone inspection requirements alone, which will place incredible strain on the professional engineers and architects tasked with conducting them. Not to mention, these firms have already been operating at capacity throughout the last year, fielding inspection requests from buildings all over the state.

Another significant concern stems from the fact that the legislation takes what our industry has known for decades as a reserve study and combined it with structural inspection requirements, creating an entirely new concept called a “structural integrity reserve study.” This new product would require that the visual inspection portion of the study also be conducted by a licensed engineer or architect, a requirement that has never existed anywhere in the country. In addition, this new service would expand the scope of what would need to be included in the analysis, requiring that associations begin funding for (among other things) building foundations, load-bearing structural walls and floors, and other components that have never been required in traditional reserve budgeting. Establishing accurate life expectancies and costs for such components (which should typically have an indefinite lifespan), along with mandating that associations actively fund for their replacement, is a dubious proposition at best.

Going forward, there will undoubtedly be further challenges, which may not have obvious solutions. Clearly, this is an extraordinarily complicated legislative project, affecting the lives and livelihoods of millions of citizens. We should expect that the cost of living in Florida condominiums and cooperatives will increase and for good reason. Everyone with an interest in the health and welfare of Florida communities should be following the issues closely over the coming months. As circumstances evolve, so will our collective industry, hopefully working alongside our legislators to ensure that safety and security (physical and financial) remains paramount for current and future Florida property owners.

Will Simons, RS, EBP, is a credentialed reserve specialist and president of the Florida regional office of Association Reserves, a national provider of reserve study services. For more information, email wsimons@reservestudy.com or visit www.ReserveStudy.com.