Reports of association theft, fraud, and embezzlement are no surprise to the community association attorneys at our firm, but two similar reports on the same day from communities on both the east and west coasts of the country drew our attention.

The media reports of the incidents, which both ran on Thursday, January 17, are very similar. The one in the Nisqually Valley News newspaper in the state of Washington chronicles how the Clearwood Community Association filed a complaint alleging its former bookkeeper embezzled nearly $300,000. The suit against Dolanna K. Burnett, the former bookkeeper, and her husband claims that she wrote multiple checks to herself and covered it up in the accounting system dating back to 2014.

The newspaper article states Burnett had a previous conviction in 2014 for theft, identity theft, and forgery. She used counterfeit refund checks totaling $17,000 while she was working for the Tacoma Health Department and deposited them into her personal account. This information was discovered last summer and taken to the Clearwood Board of Directors, which stood by its decision to retain her and continued to use her as its bookkeeper.

This led to an outcry by the unit owners, eventually prompting a majority of the board members and Burnett to resign from their posts.

By the end of the year, the board hired a forensic accountant and discovered evidence that the former employee had been stealing significant sums from the association’s general account for years. It turned the case over to the county sheriff’s office and filed a civil suit against Burnett.

The complaint lists numerous suspect transactions. It claims Burnett in 2016 wrote a check for more than $41,000 to her business, Lovolt Communications Inc., and then deleted the transaction from QuickBooks and created a false new entry using the same check number and citing the recipient as “Thurston County Auditor.”

The suit also alleges that on at least five occasions she initiated debit transfers from Clearwood’s accounts to Capital One and used association accounts to make payments to Quicken Loans, which is the holder of her mortgage. At the time of the filing, the suit alleged approximately $261,000 had been stolen, but the sum was expected to increase as forensic auditors were still working to uncover additional fraudulent transfers. 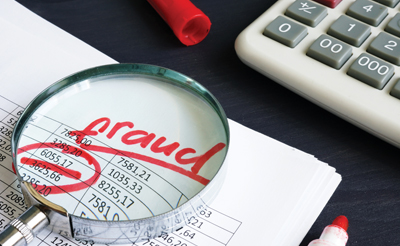 The other news coverage hailed from the city of Washington in North Carolina. Several TV stations there reported that local authorities had accused the secretary/treasurer of the Mixon Creek Homeowners Association of stealing more than $97,000 from the association’s coffers. The Beaufort County Sheriff’s Office charged 36-year-old Charlotte J. Cutler with embezzlement after obtaining multiple court orders and analyzing bank records.

In both cases, it appears individuals entrusted by the associations with the management of their finances were able to take advantage of their positions to conceal and disguise their thefts.

To avoid becoming a victim of this sort of fraud, associations must put in place precautions and safeguards. These include monthly reviews of all bank and credit card statements by at least two people, ideally including both a board member and management staff. There should also be an annual audit by experienced and reputable accountants to provide a careful review and independent certification of the validity of all financial records.

Associations should also consult with their independent accountants and lawyers to discuss other protocols to implement in order to avoid what occurred at these communities.

Embezzlement of association funds and community association fraud have garnered more governmental attention lately, as evidenced by efforts to expand accountability. These include revisions to condominium statutes providing criminal penalties under Florida’s 2017 condominium fraud laws, which were aimed at giving law enforcement a mandate to take cases of association fraud extremely seriously and allocate the resources that they deserve to address these issues. Florida associations must make effective use of the proper safeguards, and those that do become victimized are now better equipped to engage law enforcement than they were prior to 2017.

Roberto C. Blanch is a partner with the South Florida law firm Siegfried Rivera and a regular contributor to the firm’s community association blog, www.FloridaHOALawyerBlog.com. He focuses on community association law and represents associations throughout South Florida. He earned his law degree from Saint Thomas University and received his bachelor’s degree from the University of Florida. The firm represents more than 800 Florida community associations and focuses also on construction, real estate, insurance, and corporate law. He can be reached at 1-800-737-1390 or via email at rblanch@siegfriedrivera.com. www.siegfriedrivera.com.