High-performance, geothermal systems boast energy efficiency and financial incentives when compared to alternative methods of air conditioning and pool heating. Conventional systems use heat generation, such as the burning of fossil fuels, which is costly and harmful to the environment while geothermal systems rely on heat transfer and work by collecting earth’s natural heat.

J. Clark, a resident of Southwest Florida has two geothermal systems installed in his home for air conditioning and pool heating. Clark was pleased with the performance and efficiency of both systems, but there were complications with the open-loop, pool heating system that was installed at the Port Charlotte residence. Mike King, Symbiont’s Energy Consultant, designed the project using water from the canal in Clark’s backyard as the water source for the geothermal heat pump systems. 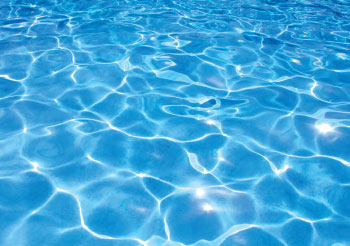 To solve this natural occurring complication, a closed-loop system was constructed to replace the existing open loop. A closed-loop water system consists of multiple loops submerged in a lake or body of water, which is cooler than the outdoor air during cooling season. Water is circulated through the loops and into the home where the heat pump removes the heat and delivers it to the water loop where it is injected into the cooler water. With the new system, the zebra mussels would no longer be able to get into the pump and cause a backup of water flow. The closed-loop system also allows the Clarks to travel without having any concerns about leaving their system in its dormant setting.

While Clark has always been interested in geothermal and solar solutions to heating and cooling, he insists that he is “green” mostly for the financial benefits, but he is happy about the positive impact on the environment. During the initial research for the project, he determined that solar panels would cost upwards of $45,000. He concluded that the solar installation was not cost effective because geothermal systems outperform solar. Geothermal could continuously heat the pool and cool the home with consistent temperatures.

During the time of project planning, President Obama was in his first two years of office, and he had implemented a tax break for environmentally-friendly, geothermal systems. The 30 percent tax credit from the Obama administration movement toward geothermal made the whole system even more cost effective. Even with the new work that had to be done to change the pool heating system, Clark realized he would actually reach full payback for his initial investment much earlier than had been originally projected. Clark explained that August, traditionally the hottest month in Southwest Florida, had the most noticeable savings, even when he elects to change cycles and cool the pool water down—a feature which he enjoys very much and is unique to his system.

With the conventional air conditioning unit, it costs $300 a month to cool the house. Before the 2010 project, there was no pool heating system in place at the residence. Since the installation of both geothermal systems, Clark has never had a bill for more than $200 for the month of August, which includes the costs of cooling the house and continuously heating the pool. King projected Clark’s annual savings to be $867 with the geothermal air conditioning system. Clark was in the engineering field himself so he was involved during the entire reconstruction process for the pool heating system. He elects to handle most of the maintenance himself.

He cleans the filters and unless something breaks and he needs a service call, he handles the entire system’s maintenance himself.

After the intensive project to make his system optimally effective for long-term use, Clark is a proud owner of consistent geothermal systems and advocates, “It’s a great thing Symbiont is doing, they really stand by their work.” In reference to the two systems installed in his home, Clark credits the company for helping create a “win-win” scenario. Proud of saving money and saving the environment, Clark is staying “green” with his geothermal pool heating and air conditioning systems.