Beach Club 3 of Hallandale, a 43-story oceanfront condominium, has renovated their interior to enhance their appeal to both current and prospective residents. Located near Miami in South Florida, the Beach Club 3 association, with 389 units, is part of a master association and enjoys a pool, beach, spa, and other amenities.

“The community was turned over in 2007,” comments manager Keith Tannenbaum, “but with so much new construction in the area, we needed to upgrade to be competitive with the neighbors.” The building had already undergone two years of exterior renovations due to construction defects before the community decided to continue with remodeling the interior. 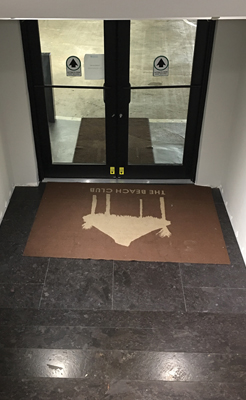 Board president John DeLuccia explains, “We unfortunately had stucco problems that led us to discover that we did not have caps on our post-tension cables throughout the building. These two errors were life safety issues that we had to rectify because we had falling stucco, since it was applied too heavily to the building; and we had cables that were not sealed properly, which could rust over time with exposure to the salt air. We tackled these problems and won an $800,000 settlement from the builders for their errors. This settlement helped us pay for our next improvement, which was the interior of the building.”

“The developer had not installed the best quality of materials, and we had no social room,” Tannenbaum recalls. “Addition of a 2500-square-foot social room was the first item on the improvement agenda. Then we renovated elevator cabs and corridors with upgraded painting, carpet, granite floors, doors, and lighting.”

Before beginning the interior project, owner approval was necessary. “The bylaws were amen-ded by proxy for material alterations,” says Tannenbaum. “It took more than six months, but they voted for the complete renovation so the voting process didn’t have to be repeated.”

A combination of reserves, a line of credit, and a special assessment paid for the improvements. “About half the cost was paid with reserves,” according to Tannenbaum. “We have pooled reserves, so we were able to pull those funds even though some items still had useful life.

“We hired a decorating consultant, who created a bid package and found five contractors to submit bids, though two were not bondable,” explains Tannenbaum. “During the project, the decorator came on a weekly basis and signed off on completed work. Most of the work required permits, so the city was also signing off on work as it was completed.” 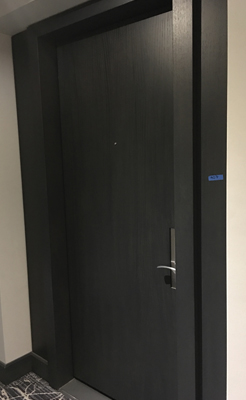 A decorating committee worked with the consultant to determine the desired look of the interior transformation. “We tried to include the residents as much as possible in the time available,” Tannenbaum reports. “The decorating committee would narrow ten choices of carpet down and send those to the owners for a vote. There were four choices of carpet, three types of wood grain/color for the door panels, and three choices of shape for the locks. Typically, 70–80 residents participated and provided input on the selections.”

The residents were kept informed by e-mail, phone blasts, and signs in the elevators. “Putting in the granite floor was noisy and dusty, and other parts of the project were an inconvenience that the residents needed to be updated on,” relates Tannenbaum.

Every project meets obstacles or opportunities for improvement along the way. “The biggest change we made was switching the color scheme from brown to gray,” Tannenbaum relates. “The committee decided that gray was a more modern and up-to-date color, so that involved switching baseboards and signage.”

New floors also presented surprises. “We had to get a permit to install the carpet, and we also had to install ramps,” according to Tannenbaum. “We had obtained permits for electrical and elevator work, but this requirement was unexpected because we had already cleared the project with the city. Also, we had to re-cut more than 80 fire doors because once the new granite floors were installed at the elevator landings, the clearance wouldn’t meet code.” 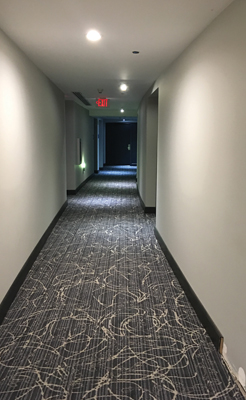 The results have been rewarding, according to DeLuccia. “The interior of the building, and especially the halls, have been upgraded to carry the picturesque lobby onto the floors of the building. We added the same granite from the lobby area in the elevator lobbies at each floor and carried the design of the front desk wall art to the elevator lobby as well. Adding to the design elements are new wallpaper, lighting, signage, and wood accents. The wood accents include covering the doors with solid wood as well as changing the baseboards and increasing their size.”

“We’ve seen a huge increase in value,” says Tannenbaum. “Residents and real estate agents compliment us on the look of the building.” Achieving successful results has been a result of expertise and participation, he advises. “Hire someone knowledgeable, and get the residents involved. I advise having a committee with no more than five members to develop input from the residents.”

“The community has come together to support these changes,” says DeLuccia, “and they like the direction the building is heading. We believe the new improvements will add to the enjoyment of the residents as well as increase the value of the property.”