I own a unit in a condominium, and I am writing to you today because the condominium board discriminated against a prospective tenant of mine by using unsubstantiated reasons for denying the application. After multiple attempts by myself and the prospective tenant to reach out to the board for a status update on the application, the board finally responded by saying they rejected him for “false and incomplete information” in his application. They say that his mother was listed as a reference; he checked a “no” for having a police record; and he is a freelance worker for a company in Israel, so they don’t believe he’s employed. I responded by pointing out that he was not prosecuted for a crime, and so he does not have a criminal record; and that listing his mother as a reference and having a freelance business are not legitimate reasons for rejecting his application. I have advised the board that we are considering filing a disparate impact claim against them under the Fair Housing Act.

With the end of the month quickly approaching, the board’s actions are going to cost me thousands in lost revenue for the second month in a row. Based on previous response times, I feel they are going to either delay responding or not respond at all and, even more concerning, keep abusing their positions for all future tenants. Do I have any remedy here?

It is well established under Florida law that condominium and HOA associations have the right to approve or reject leases, if the power to do so is provided in their governing documents. How-ever, like all board decisions, the decision to reject a tenant must be reasonable. The decision must be related to a legitimate association interest, and that interest can’t be entirely speculative. Further, the association must be careful not to run afoul of the Fair Housing Act or any other laws that prohibit discrimination against certain classes of tenants.

I cannot see how the association can justify a concern that the tenant listed his mother as a reference or that he is working as a freelancer. Their best argument would be related to him lying about having a criminal record. As you point out in your letter, the status of his case was “nolle pros”—they declined prosecution. So, he may have an arrest record, but he has never been convicted of a crime. So, is merely having been arrested a sufficient reason for a housing provider to reject an applicant? 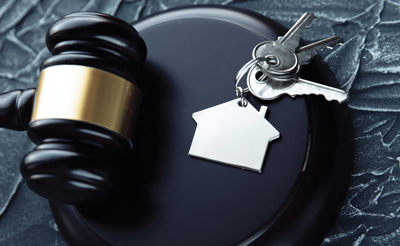 The U.S. Department of Housing and Urban Development says it is not. While the Fair Housing Act prohibits direct discrimination (a housing provider, such as a condominium, expressly discriminating against someone on the basis of their being a member of a protected class of persons), the FHA also prohibits facially neutral acts and restrictions that would tend to have an adverse impact on a protected class of persons. HUD explained, in a 2016 letter of guidance, that African Americans and Hispanics are “arrested, convicted, and incarcerated at rates disproportionate to their share of the general population,” and that, consequently, “criminal records-based barriers to housing are likely to have a disproportionate impact on minority home seekers.” That means that a housing provider cannot restrict a prospective owner or tenant based on criminal history except in very limited situations. HUD expressly opined that banning an applicant on the basis of prior arrests (without any conviction) “cannot satisfy [the housing provider’s] burden of showing that such policy or practice is necessary to achieve a substantial, legitimate, nondiscriminatory interest.”

The Supreme Court has recognized that arrests are effectively meaningless and do not constitute proof of misconduct. Even a conviction, by itself, would not be sufficient to justify the rejection unless the housing provider considers when the conviction occurred, the nature of the underlying conduct, and the person’s behavior since the conviction. It is a difficult standard to achieve. It will also be relevant whether the housing provider has rejected non-minority applicants with the same type of criminal background, or if they in fact used the arrest as a pretext to reject a minority applicant.

Now, HUD guidance is not law, and ultimately these are issues that would be resolved by a court (or, by the local office of equal opportunity pursuant to a complaint). However, based on what you’ve described, I think you have a reasonable case, and if you filed a discrimination complaint with the local discrimination office, I would expect them to pursue it on your behalf. The association will argue that they rejected the tenant because he submitted a false application, and not because of the arrest, per se—but I think you have the stronger argument.

Ryan D. Poliakoff is a partner of Backer Aboud Poliakoff & Foelster and serves as general counsel to condominiums, homeowners associations, and country clubs throughout South Florida. He is a board certified specialist in Condominium and Planned Development Law and the co-author of New Neighborhoods—The Consumer’s Guide to Condominium, Co-Op, and HOA Living. He is also a frequent contributor at seminars and workshops for attorneys and board members, and he has written hundreds of articles for magazines and newspapers throughout the United States. He can be reached at rpoliakoff@bapflaw.com. For more information about his firm, visit www.bapflaw.com.