“They Put Me through Hell,” Says Homeowner After Contentious Battle with HOA, $33K Settlement

“They Put Me through Hell,”

Community association collections of monthly dues and other monetary obligations from unit owners have been strained by the COVID-19 pandemic.  Given that many families are now struggling with lost work and businesses, some associations have cut back on expenses wherever possible and carefully considered their collections options with debtor owners.

However, occasionally we learn of erroneous or overzealous community association collections efforts reported on local news outlets across the country, perpetuating a negative stereotype of associations being exorbitantly stringent.

One example of such a report appeared recently in the newscasts of WFTV Action 9 News (ABC) in Orlando and Central Florida.  The station’s report chronicles how Mims, Fla., residents Cindy Decker and her husband were threatened with foreclosure by their HOA for a debt they claimed to not owe.

“They put me through hell,” she says in the report.

The Deckers, who had raised six children in the home where they have lived for the last 26 years, say they fell behind on their association dues to the Lake Harney Woods Property Owners Association.  They claimed that they eventually made good on their debt with the issuance of a check for $892 to cover everything they owed, but Cindy Decker said one month later the association filed a claim of lien against her home to collect the dues and fees that she had just paid.

The suit was filed by the association’s new law firm, but Decker had purportedly paid its previous attorney right before the switch.  She claimed to have a receipt to show the full payment was received, but the new attorneys insisted she now owed $1,300.

Decker said she pleaded her case to the HOA’s board at a meeting to no avail.  She states the HOA president blamed her for paying the wrong law firm and refused to end the foreclosure. 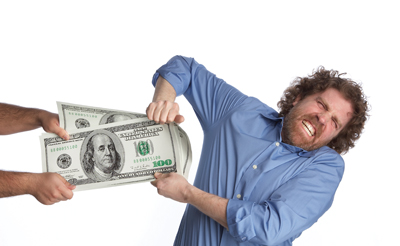 Decker hired an attorney, and the association was soon facing a claim that it violated the Fair Debt Collections Practices Act, a law which protects consumers from improper practices, abuses, or harassment in connection with efforts to collect certain debts.

Eventually, the association and its new attorneys settled the case prior to going to trial to the tune of $33,000 in damages to Decker.  While the association did not respond to the station’s requests for an interview or statement, it is our understanding that the new law firm released a statement saying its attorneys rely on information provided by others and issues arise on rare occasions.

While issues certainly do rarely arise, the circumstances from this case as presented by Decker in this news report describe what may be characteristic of errors in judgment that may be made both by associations and their legal representation.  For instance, association boards, managers, and legal representatives should carefully evaluate claims from owners stating they have paid the monetary obligations alleged to be owed to the association—particularly when the owner claims to have a receipt to prove it.

In cases such as the one presented in this news report, an association should consider resolving the circumstances which arise due to the payment made to its former law firm rather than compelling the owner to do so.

Apparently, as Decker’s narrative illustrates, the association’s alleged unwillingness to proactively resolve matters exposed it to potentially severe legal liabilities, so much so that it decided to settle for an amount which appears to be more than 25 times the amount it claimed the Deckers still owed.

Such media reports of associations going too far in their collections efforts, or their rules and enforcement measures, diminish the reputation of all communities governed by associations and exacerbate their negative image as being too harsh and severe.  Community associations, their attorneys, and property managers would be well advised to use reasonable and sound judgment in their collections and enforcement efforts, especially now when the courts can be expected to sympathize with Americans contending with the strains caused by the pandemic and the resulting economic fallout.  By doing so, community associations may avoid the potential for costly litigation as well as damaging media coverage.

Roberto C. Blanch is a partner with the Siegfried Rivera law firm and a regular contributor to the firm’s community association blog, www.FloridaHOALawyerBlog.com. He is board certified in condominium law by The Florida Bar and represents associations throughout Florida. Roberto earned his law degree from Saint Thomas University and received his bachelor’s degree from the University of Florida. He can be reached at 1-800-737-1390 or via e-mail at rblanch@siegfriedrivera.com. www.siegfriedrivera.com.