You’ve Got Mail…Now, Read It!

You’ve Got Mail…Now, Read It!

Are you inundated with emails from friends, work, and vast unknown, unsolicited sources? Yes, times have changed. No longer is there the one delivery in late morning or afternoon, looking at the return addresses on paper envelopes, sorting into stacks of read, wait, and ignore as garbage.

Ignoring the onslaught may no longer be an option. Not reading emails returned to bite a recipient when the recipient argued that delivery of an email did not convey actual knowledge of the email’s content, a contractual arrangement with a third party.

Likely to impact how Florida community associations and their officers and directors handle incoming electronic communications, leading to procedures to manage these communications, a Florida appellate court recently ruled that a recipient had “implied actual notice” of an employment contract that his manager entered into with a third party even though the recipient was too busy to read his emails.

The trial court in the second lawsuit granted final judgment for the defendants, finding that the candidate had ratified, waived, and was estopped to contest the email contract because the candidate was copied on the employment contract email and received it five more times.

The Florida appellate court agreed with the judgment of the trial court, rejecting the candidate’s argument that he did not have actual knowledge of the contract terms because he was too busy to read any of the emails. The court explained that “implied actual notice” is inferred from the fact that the person had means of knowledge which it was his duty to use, and he did not use. “Appellant received the first email setting forth the terms of the contract negotiated with the third party and five more emails including its terms,” the court stated. “That he claimed he was too busy to read them does not defeat the fact that he had implied actual notice of it.”

How do you protect your Florida association and yourself from the deluge of emails? A first step is to limit the avenues for electronic communications to decision makers. This may mean restricting who can send to officer and director email addresses. If an officer and director have association emails, then the email boxes should be checked regularly. An integral effort may include a rule designating email address(es) for communications.

Check with your association counsel. Ignorance is no defense!

For the first time impacting Florida communities, the issue of whether a plaintiff can sue a property manager and property owner for sexual harassment as sex discrimination under the Fair Housing Act of 1968 has been addressed in a written Federal appellate court decision.

The United States Eleventh Circuit Court of Appeals, which includes Florida within its jurisdiction, ruled that a tenant can sue a property manager and the property owner for sexual harassment under the Fair Housing Act of 1968 (“FHA”). In Fox v. Gaines, 11th Cir., No. 20- 12620 (July 16, 2021), the facts indicate that Fox applied to rent a unit owned by Lucille Gaines and managed by Dana Gaines. Allegedly, Dana Gaines told Fox he would rent her the unit if she gave him a kiss. Fox rented the unit and received reduced rent for three and half years in exchange for sexual favors. 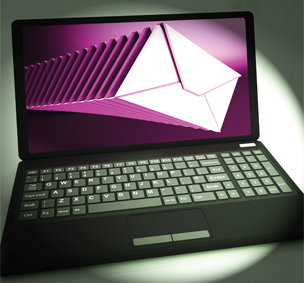 When Fox ended the relationship, Dana Gaines had her evicted because she was late with a portion of her monthly rent. Fox then sued both Dana Gaines and Lucille Gaines claiming Dana Gaines’s sexual harassment violated the FHA. The Gaines’ moved to dismiss the complaint. The federal district trial court found that sexual harassment was not a claim within the FHA and dismissed the case.

The federal appeals court reversed the decision of the trial court, ruling that sexual harassment may qualify to be a sex discrimination claim pursuant to the FHA. The appellate court noted that under the FHA, it is unlawful to “discriminate against any person in the terms, conditions, or privileges of sale or rental of a dwelling, or in the provision of services or facilities in connection therewith, because of … sex.” In other words, the FHA protects a tenant or homebuyer from receiving different or less favorable treatment if the “but-for” cause of that treatment is her sex.

This case is very important for Florida associations because the holding that sexual harassment, both hostile housing environment and quid pro quo sexual harassment, are matters that may be litigated under the FHA if the plaintiff can show that she would not have been harassed but for her sex. It serves as a warning to property managers and board members as to how they manage properties.

Michael J. Gelfand, Esq., the Senior Partner of Gelfand & Arpe, P.A., emphasizes a community association law practice, counseling associations and owners how to set legitimate goals and effectively achieve those goals. Gelfand is a dual Florida Bar board certified lawyer in condominium and planned development law and in real estate law, certified circuit and county civil court mediator, homeowners association mediator, an arbitrator, and parliamentarian. He is a past Chair of the Real Property Division of the Florida Bar’s Real Property, Probate & Trust Law Section, and a Fellow of the American College of Real Estate Lawyers. Contact him at ga@gelfandarpe.com or (561) 655-6224.