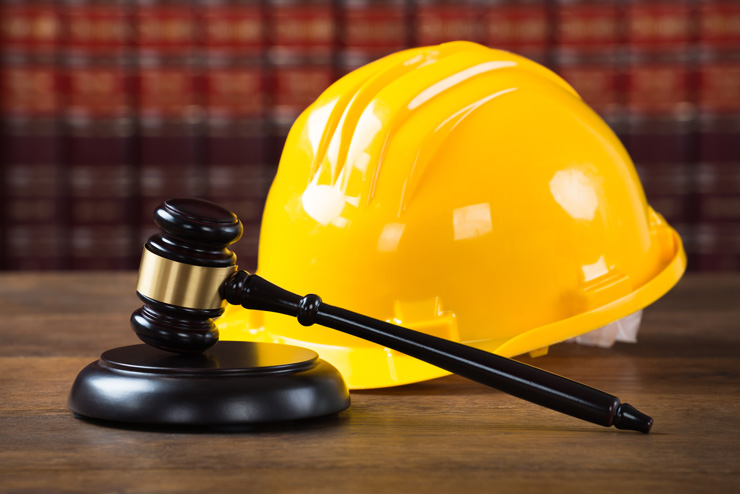 The issue of whether a chapter 558 notice serves as a “claim” under a commercial general liability (“CGL”) policy, such as the one issued by Crum & Forster Specialty Ins. Co. (“C&F”) in Altman Contractors, Inc. v. Crum & Forster Specialty Ins. Co., No. SC16-1420, 2017 WL 6379535 (Fla. Dec. 14, 2017), has finally been resolved and construction defect claimants can expect earlier participation from their carriers.

Prior to the Altman decision, homeowners and/or condominium associations were frustrated during the chapter 558 process after sending a notice of claim because insured construction parties could not get insurers to become involved in pre-suit negotiations.  Such a result was antithetical to the purpose of chapter 558 – which was instituted specifically to streamline the construction defect claims process and encourage early alternative dispute resolution.

The Altman case stems from defects in the construction of Sapphire Condominium, a high-rise residential condominium in Broward County. C&F insured Altman for the Sapphire project through a policy that provided, in pertinent part, as follows: “[w]e will pay those sums that the insured becomes legally obligated to pay as damages because of ‘bodily injury’ or ‘property damage’ to which this insurance applies.  We will have the right and duty to defend the insured against any ‘suit’ seeking those damages.” Altman sought a declaratory judgment that C&F owed it a duty to defend and indemnify as part of the chapter 558 pre-suit process to resolve claims for construction defects, and that C&F breached the liability insurance policy by refusing to initially defend Altman in the suit against Sapphire. C&F denied that Sapphire’s chapter 558 notices invoked its duty to defend Altman under the policy because the notices did not constitute a “suit.”  The insurance policy defined the term “suit” as follows:

“Suit” means a civil proceeding in which damages because of “bodily injury,” “property damage” or “personal and advertising injury” to which this insurance applies are alleged. “Suit” includes:

It is also noteworthy that since the Notice of Claim under chapter 558 is included in the policy’s definition of “suit” as an “alternative dispute resolution proceeding,” the insurer’s consent appears to be required in order to invoke its duty to defend the insured throughout the pre-suit process.  In Altman, the Florida Supreme Court noted that “chapter 558 does not place any obligation on the insured to participate in the chapter 558 process. The chapter 558 framework has never been anything other than a voluntary dispute resolution mechanism on the part of the insured, despite its requirement that the claimant serve the insured with a notice before initiating a lawsuit.”  Given that involvement in the chapter 558 pre-suit process is voluntary as opposed to mandatory on the part of the insurer, it remains to be seen whether insurance carriers will provide consent to participate in the process.

Moreover, the insurance policy at issue in Altman is a standard commercial general liability policy and as such it is likely to have a profound impact on future chapter 558 construction defect litigation.  Accordingly, defense carriers are more likely to be engaged in construction disputes, particularly during the pre-suit stage after a chapter 558 notice is received – or at least they should in light of this decision.  As such, the chapter 558 process, unlike in many past years, is now likely to encourage the claimant and insured to attempt to settle construction defect claims prior to expending time and resources litigating those claims.  Such a notion is consistent with the legislature’s aim in creating chapter 558 as an effective alternative dispute resolution mechanism, intended to curb construction defect litigation.  Indeed, the Florida Supreme Court in Altman even stated, in dictum, that chapter 558 provides for a “statutorily required presuit process aimed to encourage the claimant and insured to settle claims for construction defects without resorting to litigation.”

In light of the foregoing, it is imperative that individual homeowners, homeowner associations and/or condominium associations, along with their experts, prepare detailed inspection reports that set forth the various construction defects affecting their property, what resulting damage is occurring as a result of those defects, the locations of the defects throughout the property, and determine compliance with the applicable building code, plans, and specifications.  By virtue of more detailed reports in compliance with the requirements of chapter 558, it seemingly becomes more likely that construction defect disputes will result in settlements at an earlier stage – thereby saving the parties exorbitant amounts of money that otherwise would be expended in litigation.

Frank Soto is a partner with the firm. He focuses on construction litigation. Frank can be reached at fsoto@dhaberlaw.com.

Brett Silverberg is a JD/MBA student at the University of Miami and a law clerk at Haber Slade. The firm is on the internet at www.haberslade.com.