HUD’s Guidance on Application of Fair Housing Act Standards to the Use of Criminal Records: Where Do We Stand? 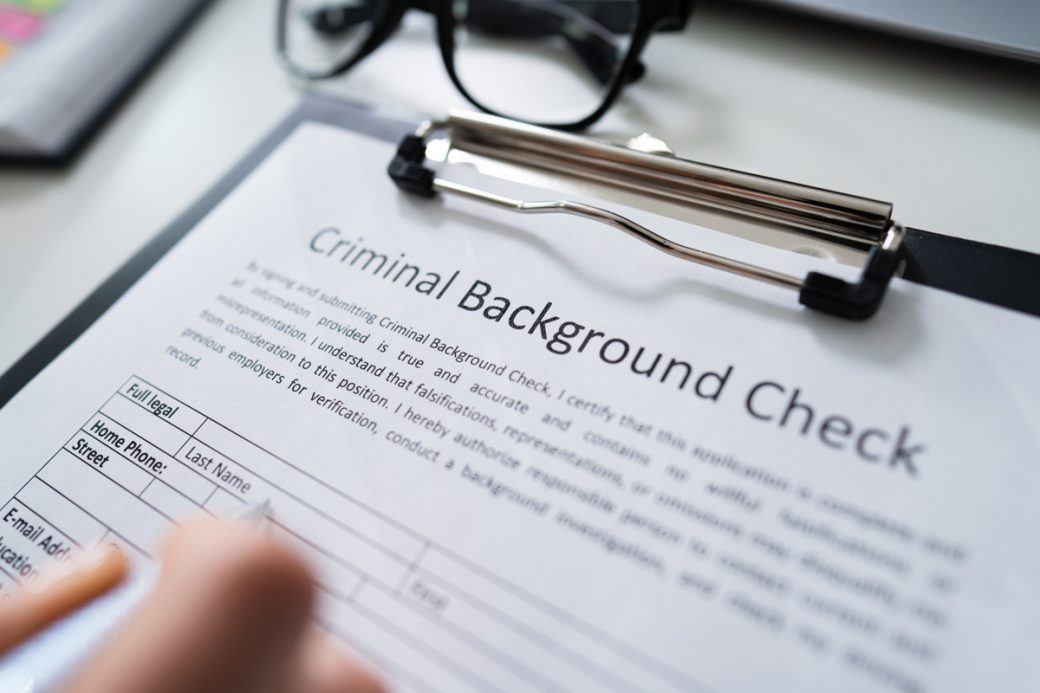 HUD’s Guidance on Application of Fair Housing Act Standards to the Use of Criminal Records: Where Do We Stand?

A client recently came to me about amending the declaration of the homeowner’s association to prohibit certain specific violent felons, and, in particular, sexual predators from residing in the association. The client posed the question as to whether the proposed amendment would be discriminatory since they had heard that the use of criminal background checks was no longer allowed. The client’s question rose from HUD’s Guidance on Application of Fair Housing Act Standards to the Use of Criminal Records which was issued in April of 2016.

The guidance stated that “[b]ecause of widespread racial and ethnic disparities in the U.S. criminal justice system, criminal history-based restrictions on access to housing are likely disproportionately to burden African Americans and Hispanics. While the Act does not prohibit housing providers from appropriately considering criminal history information when making housing decisions, arbitrary and overbroad criminal history-related bans are likely to lack a legally sufficient justification. Thus, a discriminatory effect resulting from a policy or practice that denies housing to anyone with a prior arrest or any kind of criminal conviction cannot be justified, and therefore such a practice would violate the Fair Housing Act.” Office of General Counsel Guidance on Application of Fair Housing Act Standards to the Use of Criminal Records by Providers of Housing and Real Estate-Related Transactions, https://www.hud.gov/sites/documents/HUD_OGCGUIDAPPFHASTANDCR.PDF, April 4, 2016.

It is important to note that the HUD guidance was issued under the Obama administration. Under the current administration, the Department of Justice, which can enforce the Fair Housing Act in court, does not appear to have focused its enforcement efforts on the guidance as evidenced by the lack of any significant number of cases on the issue. It is also important to understand that the guidance is not law. Rather, it is “an interpretive rule” which clarifies how disparate impact claims  . . . apply to situations where a housing provider takes an adverse action based on an individual’s criminal history.”  Connecticut Fair Hous. Ctr. v. Corelogic Rental Prop. Sols., LLC, 369 F. Supp. 3d 362, 371 (D. Conn. 2019) citing Jackson v. Tryon Park Apartments, Inc., 2019 WL 331635, (W.D.N.Y. Jan. 25, 2019).

In terms of creating occupancy restrictions related to criminal activity, the following excerpt of the guidance is important:

“In most instances, a record of conviction (as opposed to an arrest) will serve as sufficient evidence to prove that an individual engaged in criminal conduct.29 But housing providers that apply a policy or practice that excludes persons with prior convictions must still be able to prove that such policy or practice is necessary to achieve a substantial, legitimate, nondiscriminatory interest. A housing provider that imposes a blanket prohibition on any person with any conviction record – no matter when the conviction occurred, what the underlying conduct entailed, or what the convicted person has done since then – will be unable to meet this burden.

A housing provider with a more tailored policy or practice that excludes individuals with only certain types of convictions must still prove that its policy is necessary to serve a “substantial, legitimate, nondiscriminatory interest.” To do this, a housing provider must show that its policy accurately distinguishes between criminal conduct that indicates a demonstrable risk to resident safety and/or property and criminal conduct that does not.” Id.

In a brief that was filed in October of 2016 in a Fair Housing case, the Department of Justice wrote that “[a]lthough the FHA does not forbid housing providers from considering applicants’ criminal records, it does require that providers do so in a way to avoid overbroad generalizations that disproportionately disqualify people based on a characteristic protected by the statute, such as race or national origin. To that end, the FHA bars criminal records bans that have a disparate impact on applicants based on race or national origin unless they are supported by a legally sufficient justification.” The DOJ went on the write that “[a]lthough maintaining safety and security at a property is an important duty for housing providers, simply invoking the need to ensure “safety” or “security” cannot justify a screening policy that categorically excludes any tenant who has a criminal conviction. A ban on tenants with convictions without consideration of factors like the conviction’s nature, severity, and recency is over-inclusive and lacks any principled way to assess who, if anyone, poses a risk to safety or security in the property.” United States of America’s Statement of Interest, The Fortune Society, Inc. v. Sandcastle Towers Housing Development Fund Corp.  (E.D. N.Y. 2016).

In a recent case involving this topic, the court found that “[t]here is no evidence that the PHA’s criminal history policy violates state or federal fair housing laws or the Constitution.” The policy at issue in this case was a provision which stated “[a]n applicant would be mandatorily denied if:

Any household member has been convicted of a homicide-related offense, i.e. the killing of one human being by another. This includes murder, manslaughter (voluntary or involuntary), and conspiracy to commit murder. Mandatory denial is required if the homicide related conviction is within the time frames, as described in Appendix D.” Hall v. Philadelphia Hous. Auth., 2019 WL 1545183  (E.D. Pa. 2019).

In another case, involving an individual that was convicted of rape, the court found that “[t]he exclusion of applicants with criminal records exhibiting previous violent conduct is rationally related to this goal. Indeed, the Fair Housing Act states that an individual may refuse to rent to an applicant that would pose a health or safety risk. 42 U.S.C. § 3604(f)(9). Talley v. Lane, 13 F.3d 1031 (7th Cir. 1994).