Ponte Vecchio HOA and Solaire at the Plaza

Communication with Purpose: Connecting the People 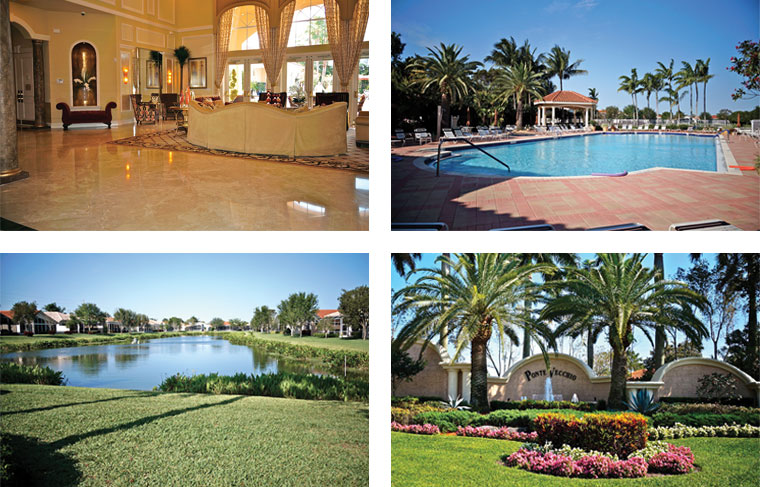 Communication is a means to an end, and the 2013 winners in the Communications and Community category of the Communities of Excellence contest have found the right communication tools to achieve their goals. Ponte Vecchio Homeowner Association of Boynton Beach was honored as winner among larger communities, while Solaire at the Plaza Condominium Association of Orlando has been recognized as the winner for smaller communities.

Ponte Vecchio is a 55-plus community of 643 homes that had entered a downward spiral of discontent. When current manager Bernadette Brumfield arrived six years ago, she found, “The community had gone through 15 managers in four years. It was rough and violent, and there were vendors who wouldn’t come into the neighborhood to bid. The tires on my car were slashed the first day I was here. Many residents were demanding and complaining that nothing was done well enough, and they were right. But the managers didn’t have time because they were spending all their time putting out fires.” 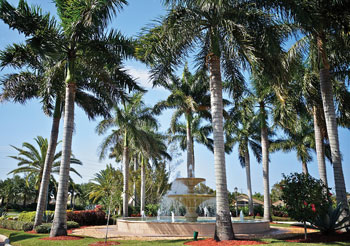 As a seasoned manager, Brumfield saw that communication and consistent enforcement of policies needed to be established, and relationships needed to be built. “If I were a young, new manager, I couldn’t have handled it, but I’ve seen it all before,” Brumfield comments. “The management company had the wisdom to know that if you send a kid into an association of retired people who have become quite assertive, the young person will just try to keep the peace. But lines needed to be drawn. I insisted on no micromanagement, which the board supported, and started trying to make the residents feel like neighbors rather than acquaintances.”

“Our website is almost entirely pictures,” explains Brumfield. “My idea was to have grandma and grandpa be able to communicate the events they are participating in to grandkids all over the world. It’s an active community—there are 28 different clubs. I asked for volunteers to show up at club meetings and events to take pictures to post on the website. If there’s a dance or Veteran’s Day celebration, we take pictures. Recently, we had a celebration for the COE award and 400 people came. The website has helped everyone feel that this is not just a place to retire but a place to have extended family.”

Firm, fair, and open communication has over time brought peace to the community. “We communicate openly about why something is or is not happening,” Brumfield states. “We have e-mail addresses for over 90 percent of residents and communicate almost daily. We have a Facebook page that I monitor, and I also have a blog, which is not used as much. E-mail is our primary means for routine communication.”

New residents are welcomed by volunteers who visit their home and provide them with a directory, which includes the rules and regulations, and a mug or umbrella with a PV design. Each new resident is also featured in the monthly magazine. “We have a dinner catered for new members twice a year,” Brumfield says. “At the dinner, there is a presentation by each club and a chance to sign up to help get them involved.”

“For emergency communication that is time-sensitive, we have automatic telephone dialing with a message, which is particularly helpful in hurricane season,” Brumfield notes. “We also e-mail to tell them when it’s time to put up shutters and whether to evacuate.”

The community has a part-time code enforcement officer, but Brumfield recalls, “Originally there was not much enforcement or acceptance of it. We have policies now, and they know everyone is held to the same standard and no one is singled out. We try to use the phone for an initial violation as much as possible, unless it’s a massive issue. A violation letter in a condominium or HOA is often like poison. Usually by the time we follow up the phone call with a letter, the problem has already been corrected. We use the phone for work orders, also, for personal contact. We have a policy that work orders have to be dealt with in three days, with materials on order if they’re not available. The residents see the timeframe applied equally; when that’s not the case, people get resentful.”

Open communication is a cure and preventative for many association problems. Brumfield states, “If you have orderliness in taking care of problems, rumors don’t get off the ground because everyone knows you can call the board or management office and get answers.”

Quantity and quality of communication has made the difference at Ponte Vecchio. Brumfield advises, “What we do is above and beyond regular communication. Our purpose was to bring the community together, and we have used communication to do that.” 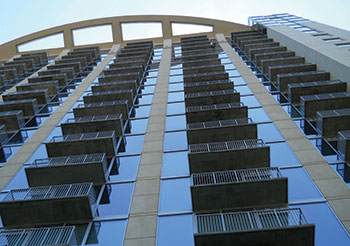 The Solaire at the Plaza Condominium was turned over to the association in late 2008 and has been growing together as a community since—a very intentional process promoted by management and the board. The process of building a community relationship begins with orientation of all new residents, according to manager Kris Schaeffer. “Before a new resident moves in, the assistant manager gives a lengthy orientation and introduction to the property,” Schaeffer explains. “We set them up with access to the building, show them parking and amenities, go over rules and regulations, sign forms, set up reservations for the freight elevator for moving in, and collect contact and insurance information. It sets the stage for further communication and lets them know expectations.”

While the community includes retirees, Schaeffer notes that the average resident age is 30–35. This means that electronic communication is standard and the workhorse for day-to-day business. “We have a weekly e-mail as well as the community website and Facebook page,” Schaeffer reports. “The website is used quite a bit; homeowners use it to pay fees, contact management, do work orders, post units for sale or rent, etc. The forums and blogs with interaction are used the most. The social committee chair manages the Facebook page,” according to Schaeffer. “It takes a good amount of time, but she’s good at it and enjoys doing it, so there’s no complaint. This is the biggest tool she has to reach the group.”

Other forms of communication are also used to get the word out about events or association concerns. “Television monitors in the elevators were part of the original construction,” Schaeffer explains. “They display world news with a couple of scrollers at the bottom. We use those as a reminder of social events, fire alarm inspections, or other current information. The bulletin board in the mail room is a good way for residents to communicate among themselves, and it’s a back-up for posting meeting notices to comply with statutes. Residents post items for sale or promote their business. Sign boards are put out for special events or functions.” 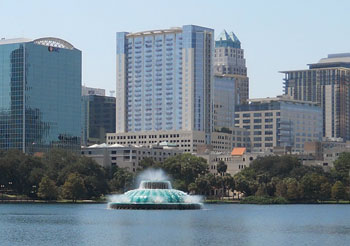 “I do like the personal touch if there is a problem that has to be addressed,” Schaeffer remarks. “If they are new or if there is something they were not aware of, depending on the violation, I like to start with a phone call. The friendly reminder goes a lot further than sending a formal violation notice. Almost nine times out of 10, they have forgotten or were unaware of a policy. Since implementing an orientation for new residents and preempting events prone to violations with reminders on the message boards and screens, the number of violation letters sent and resident disturbances have reduced by over 60 percent,” Schaeffer reports.

“We’ve also seen more participation in events over the years as we’ve developed more communication,” Schaeffer observes. “The biggest improvement is at charity events. As we mature as a community, people become accustomed to the same thing happening at the same time each year. They get in a routine and expect events and want to be involved.”

“A lot of the improvements come down to getting to know the residents at a personal level,” according to Schaeffer. “My assistant finds out their birthdays, pets, and special occasions. When there’s a special event, we make an announcement and the whole building celebrates with them. That’s something we’re fine tuning. We’ve tried to spark interest to get people involved. It’s not easy at first, but once it gets going, it’s magnetic and attracts more and more people.”

The winning communities have found what communication works for them—some like fast, some prefer personal, some want easy, some want regular—but the whole range works together to cover the variety of events and people in their community.