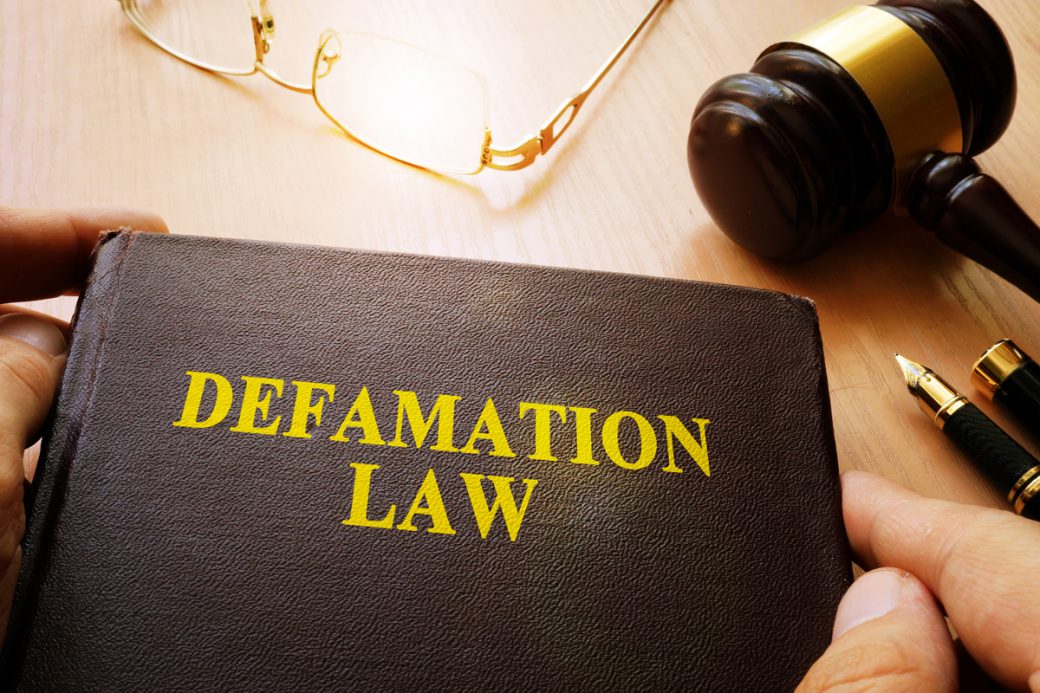 In terminating a third party vendor, a board of directors must be careful in disseminating information concerning the basis for its decision – especially if the decision was due to poor performance or contractual violations by the vendor.

In Florida, a cause of action for defamation can be brought against a corporation, including specifically, a community association. “Defamation” is defined as the unprivileged publication of false statements which naturally and proximately result in injury to another.” Hoch v. Loren, 273 So. 3d 56 (Fla. 4th DCA 2019). “The elements of a claim for defamation are as follows: “(1) publication; (2) falsity; (3) actor must act with knowledge or reckless disregard as to the falsity on a matter concerning a public official, or at least negligently on a matter concerning a private person; (4) actual damages; and (5) statement must be defamatory.” Jews for Jesus, Inc. v. Rapp, 997 So.2d 1098, 1106 (Fla. 2008). “In order for a defamatory statement to be actionable it must be published. Publication requires communication to one other than the person defamed.” Am. Ideal Mgmt., Inc. v. Dale Vill., Inc., 567 So. 2d 497, 498 (Fla. 4th DCA 1990). However, “[o]ne who publishes defamatory matter concerning another is not liable for the publication if (a) the matter is published upon an occasion that makes it conditionally privileged and (b) the privilege is not abused.” Nodar v. Galbreath, 462 So.2d 803 (Fla.1984).

Given that defamation can be a viable cause of action against an association, the question becomes “how can a board convey to the membership the reasons it had for terminating a vendor.” The answer is that the board can convey the information to its members but it must be extremely careful in doing so.

The case of American Ideal Management, Inc. v. Dale Village, Inc. is extremely helpful in understanding how a board of directors can communicate information to its members regarding unflattering information involving a third party vendor. In American Ideal Management, Inc., the board of directors of a community association terminated its management company. Id.  In explaining its decision, the board posted two informational bulletins outlining its reasons for terminating the company. Id. The company sued the Association for defamation. Id. In its defense, the association asserted that the bulletins were subject to a qualified privilege and, accordingly, the association could not be liable for defamation. Id. The management company countered the association’s argument by asserting that a qualified privilege did not attach to the bulletins because the elements of a qualified privilege were not met. Id.

The essential elements of a qualified privilege are (1) good faith; (2) an interest in the subject by the speaker or a subject in which the speaker has a duty to speak; (3) a corresponding interest or duty in the listener or reader; (4) a proper occasion, and (5) publication in a proper manner. The qualified privilege vanishes, however, when the defamatory statement is made with express malice.” Nodar v. Galbreath, 462 So.2d 803 (Fla.1984) (internal citations omitted).

Importantly, the management company was able to produce evidence that the bulletins had been sent to non-member residents. The bulletins had also been posted on the bulletin board of the association’s recreation center. The management company asserted that the recreation center was frequented by non-residents.  The court noted that “the communication reached not only owners and residents of the park who would have a corresponding interest but also there is at least circumstantial evidence that it reached nonresidents. Id. The publication of the bulletins to these non-members opened the door to defeating the association’s claim of qualified privilege. Id.

“The Supreme Court defines express malice as ‘ill will, hostility, evil intention to defame and injure.’ Nodar 462 So.2d at 811 citing Montgomery v. Knox, 23 Fla. 595, 3 So. 211 (1887). The Supreme Court has unequivocally established that all of the three elements (ill will, hostility and evil intention to defame and injure) and more must be shown. Nodar at 811 fn 8. It is insufficient that the speaker have generalized feelings of hostility and malice towards the Plaintiff. Only if the Plaintiff demonstrates the primary motivation for the statements uttered was express malice, is the privilege overcome.” Boehm v. Am. Bankers Ins. Grp., Inc., 557 So. 2d 91, 94 (Fla. 3rd DCA 1990).

While harm to another may be incidental as a result of an unflattering publication, unless the harm is the primary motivation, malice cannot be established. It goes without saying that a board should not make or publish any communication if the intent of the communication is to harm another.

While the court in American Ideal Management, Inc. remanded the case back to the trial court to determine whether non-residents would have a sufficient interest in the bulletins to warrant extending the qualified privilege to cover publicizing the bulletins to them, it would be very unwise for an association to publish unflattering information regarding a vendor to anyone other than its own members.

Thus, to protect itself from a defamation claim, a board must only make and publish information that is truthful and without malice, that is communicated only to its members and is made for the purpose of informing its members about association business.