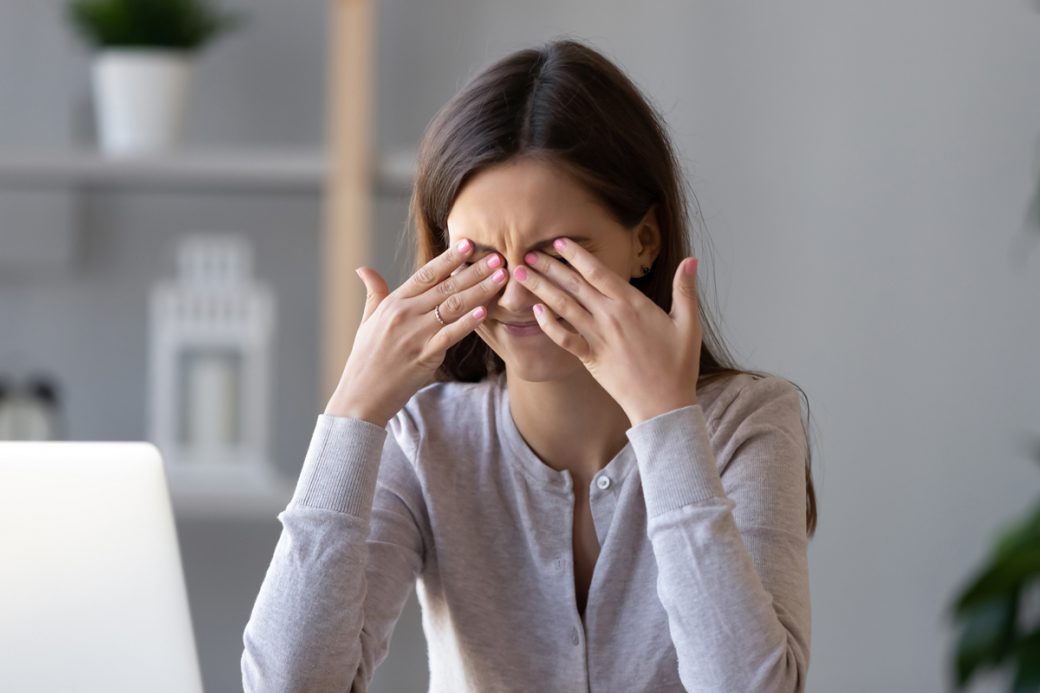 When Do Annoying Behaviors and Activities within and Surrounding the Community Become a Legal Nuisance and How Can your Community Deal with It?

It seems like everybody’s got a problem with somebody these days. Sure, certain quirks and behaviors can certainly be classified as “annoying.” Who isn’t annoyed by that neighboring co-worker or spouse that insists on singing loudly and proudly, not to mention off-key, even with their earphones plugged in?? While irritating, not every annoyance rises to the level of a legally actionable nuisance.  This article will explore recent case law concerning when an individual or Association may have a potential claim for nuisance based upon the common law definition of nuisance and related provisions in the community association’s governing documents.

For as long as there have been feuding neighbors, there have been legal claims alleging that one or other have in some way engaged in an activity or behavior which creates a nuisance and therefore in some way injures the other party and/or their property.  Over time, courts have established the common law definition for nuisance based upon the rulings in these court cases.  In general, neighbors have a common law duty not to interfere with or to render each other unsafe or insecure in life or in the use of their property. Windward Marina LLC v. City of Destin, 743 So.2d 635, 639 (Fla. 1st DCA 1999). Stated another way, “an adjoining property owner cannot maintain a…nuisance on his property which is injurious to the…property rights of an adjacent landowner and not be answerable [for it].” McClosky v. Martin, 56 So. 2d 916, 918 (Fla. 1951).

Anyone can be subject to a claim for common law nuisance depending on the specific facts and circumstances of the case.  A determination of whether a particular activity or behavior is a “common law nuisance” is largely subjective and is based in part on the sensitivities and impact of the activity on the person bringing the claim.  Generally speaking, ordinary, occasional disturbances or annoyances, no matter how infuriating, do not rise to the level of a common law nuisance.  Notwithstanding, certain “noises” have been deemed by courts in the past to be a nuisance. Some examples include the following:

Ultimately, whether a common law nuisance exists is a question of fact that is based upon the evidence presented to the court and a consideration of the reasonableness of the individual’s use of their property and how their use affects the private rights of others. Depending on the facts presented in the case, a court has generally broad discretion in not only determining if a common law nuisance exists but also whether the individual claiming the nuisance is entitled to an injunction order prohibiting the person from engaging in the activity, monetary damages or both.  Importantly, a common law claim of nuisance is based upon the facts presented and is not based on a specific provision of a contract or Florida Law.  Accordingly, a party that successfully brings a claim for common law nuisance may be entitled to monetary and/or injunctive relief but would not automatically be entitled to recover their attorney’s fees and costs incurred in bringing the case.

For properties and individuals who are subject to an HOA or Condominium declaration, most community association governing documents also contain a use restriction which prohibits “nuisances” from occurring within the community. These nuisance provisions contain a generally broad definition which usually refers to any “unreasonable annoyance” that interferes with the “peaceful possession and proper use of the property.”  Although most community association documents prohibit nuisance behaviors, the term “nuisance” is not defined in either the Condominium Act (Chapter 718, Florida Statutes) or the HOA Act (Chapter 720, Florida Statutes).  Because there is no standard definition of nuisance provided in the Condominium Act or HOA Act, it is necessary to look to the specific nuisance provisions of the association governing documents (if any) to determine what types of behaviors would constitute a violation of the nuisance provisions in the declaration.  Some declaration provisions may only broadly prohibit “any nuisance or annoyance” in the community without providing a specific definition of what is meant by the term “nuisance.”  Other nuisance provisions may also include a list or example of specific activities that constitute a nuisance under the declaration, for example, discharging a firearm on the property or “illegal or criminal activities” such as illicit drug use.  Very rarely do nuisance provisions specifically define as a nuisance non-criminal annoyances such as an incessantly barking dog or a loud television or radio playing in the wee hours of the morning.  As further outlined by the recent case summarized below, it is possible that a particular activity or behavior may constitute a common law nuisance but does not constitute a “nuisance” as defined by the association’s governing documents.  Conversely, a nuisance under the Association’s documents may not rise to the level of a commo law nuisance.   In contrast to a common law nuisance claim, to the extent that an individual successfully raises a claim for nuisance under the association’s declaration, they may be contractually entitled to recover their attorney’s fees and costs.

In one recent nuisance case, Roebuck v. Sills, 2020 WL 5938189 (Fla. 1st DCA 2020), a neighbor (hereinafter referred to as the “annoyed neighbor”) sued his next door neighbor (hereinafter referred to as the “annoying neighbor”) claiming that the annoying neighbor’s pool pump equipment and exterior lighting created a common law nuisance and also violated the nuisance provisions of the HOA Declaration.  (For the sake of this article, the neighbors will be referred to as “annoyed neighbor” and “annoying neighbor”. These designations are loosely based upon the nuisance allegations raised in the case and are NOT a statement or opinion as to the personal character or personality of either of the neighbors involved in the lawsuit.) At trial, the annoyed neighbor claimed that the noise and light generated by the annoying neighbor’s newly installed pool equipment could be seen and heard through the master bedroom window and thus impacted the annoyed neighbor’s ability to sleep and enjoy his property (the pool equipment was located between 12-14 feet away from the master bedroom window). The annoyed neighbor sued the annoying neighbor seeking both an injunction and monetary damages, including attorney’s fees and costs. After a four-day bench trial, the court’s ultimate decision was “on the fence” as to whether the noise and light could be considered both a common law nuisance and a nuisance pursuant to the definition of the Declaration. The trial court found that the noise and light created a common law nuisance but did not violate the nuisance provisions of the Declaration. The trial court awarded monetary damages to compensate for the construction of a wall and an injunction which prohibited use of the exterior lighting and pool equipment between 9:30 pm and 9:30 am.

Both neighbors appealed the trial court’s order and on appeal, the annoyed neighbor argued that not only did the annoying neighbor fail to obtain pre-approval from the Association’s Architectural Review Board prior to installing the pool pump and exterior lighting but that the installation of the same violated the nuisance provision in the Declaration which stated as follows:

“Nothing shall be done or maintained on any Lot or Common Property which may be or become an annoyance or nuisance to any other Lot in the vicinity thereof or to its occupants, or to the Common Property. […]”

Although this provision did not provide a formal definition for “annoyance or nuisance” it did state that any dispute or question as to what may be or become a nuisance “shall be submitted to the Board of Directors and the written decision of the Board of Directors shall be dispositive of such dispute or question.” Roebuck, 2020 WL 5938189 at *3. The evidence presented to the Court revealed that the annoyed neighbor did not seek or obtain a written decision from the Board regarding whether the items in question did constitute a nuisance as it is defined by the Declaration.  The evidence further reflected that the annoying neighbor had in fact complied with the design review and approval process contained in the Declaration.  Accordingly, and because there was no other evidence suggesting that the annoying neighbor had otherwise breached the Declaration, the appellate court upheld the trial court ruling that the pool pump and exterior lighting were a common law nuisance but not a nuisance under the Declaration.

“[…]The prevailing party in any such litigation is entitled to recover reasonable attorney fees and costs. […]”

The Court interpreted the phrase “such litigation” to include “the sort of Homeowners’ Association Act-based litigation described by the statutes, involving the governing documents.”  Id. at *4. Accordingly, even though the express language of the Declaration did not provide for attorney’s fees for successfully defending against a breach of Declaration claim, the language of the HOA Act did and thus, the annoying neighbors were entitled to recover their attorneys’ fees and costs.

(III) Nuisance Behaviors and Activities that Occur Within the Community

(a) Is there a specific definition for “nuisance” provided in the Declaration?  Is the definition broad (“any annoyance or nuisance”) and/or are specific activities defined as a “nuisance” by the express language of the provision (i.e.: discharge of firearm, illegal or criminal activity)?

(b) Is there a mechanism by which the Board (or board designated committee) can make a determination as to whether an activity constitutes a “nuisance” for purposes of the Declaration?

(c)  What relief is the “prevailing party” entitled to (i.e.: attorney’s fees and costs, injunction, monetary damages, all of the above)?

The association’s board of directors should carefully review the current nuisance provisions contained in the association’s governing documents (if any) to determine if an amendment to the language is appropriate to more specifically address certain behaviors or activities which have become a prevalent problem throughout the community.  Ideally, the definition for nuisance should be broad enough to include a wide range of potentially troublesome activities (i.e.: criminal activity) yet specific enough to address certain actions which may not be a “common law” nuisance but may still threaten the peace and safety of other members in the community.

Often times, communities may be confronted by the nuisance behaviors of individuals or entities that are not members of the association and thus are not subject to the provisions of the HOA Act or the association’s governing documents (i.e.: a deteriorating wall abutting the community that is owned by the neighboring association or an incessant, loud noise or smell created by the activities of a neighboring property owner).  In these cases, the appropriate claim is that the behavior or activity is a common law nuisance.  As outlined by the Court in Roebuck, because a claim for common law nuisance is not based on a particular statute or contract (i.e.: Declaration), the prevailing party in the litigation is not entitled to recover attorney’s fees and costs even if they are entitled to monetary damages and/or an injunction against the individual or entity requiring them to stop the nuisance behavior or activity.

Consult with your Association’s attorney today to review the nuisance and enforcement provisions contained in your governing documents!