Giving Utilities and the Budget a Break: COE Energy-Efficiency Winner The Metropolis at Dadeland

Giving Utilities and the Budget a Break:

The Metropolis at Dadeland, winner of the Communities of Excellence Energy Efficiency award for smaller communities, has found conservation projects well worth the original investment. The most economical upgrade for the 28-story Miami high rise has been the installation of variable frequency drives (VFDs) on the cooling tower pumps for each of their two residential towers. The initial cost was $80,000 per tower, with a projected savings of $1,360 for each tower. “That savings amount was guaranteed by contract,” according to assistant manager Andres Amador, “but our savings have been $2,000 per month for each tower. We don’t know for sure why our savings are higher, but we presume it’s because we have less occupancy in the units than we thought we had. We calculated use at 85–90 percent occupancy, but the variable frequency drives adjust operation depending on which units are on and off in the building.” 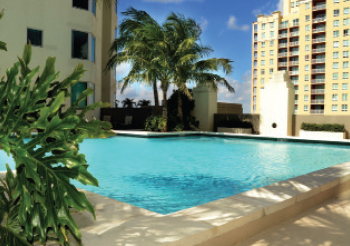 “This project has about a three-year payback period and was financed at zero percent interest. The only problem we’ve encountered came from an electrical surge that burned out one of the drives. That was not the fault of the equipment—it resulted from us being on the same circuit as the train station—but it was replaced under warranty. It’s great to find a company that responds like that,” Amador remarks.

The association replaced light fixtures throughout the towers and garage with new fixtures and LED bulbs, saving utility costs and staff time as well as improving the building’s appearance. Installation costs for the towers combined was approximately $170,000, and the garage lighting retrofit was $280,000. “The savings on electricity is running about $10,000 per month from the lighting conversion,” Amador reports. “The payback period ranges from 30 months for Tower 1 to about 70 months for the garage lighting.” 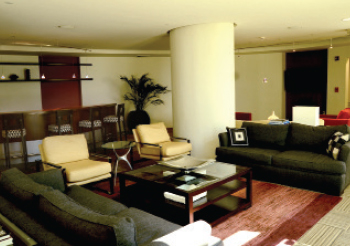 “More savings have resulted from not having to stock bulb sand ballasts and no labor being required to change bulbs. The tower lights have a five-year warranty on parts and labor, so we will have no lighting expenses at all for that period. Two bulbs have burned out, probably from the ‘dirty’ electrical service in the area, and the lighting company came and replaced them,” Amador relates.

“The new lighting has been a great investment and gives a nice, modern look,” according to Amador. “The old, recessed lighting in the hallways produced a wave of shadows, but the new lighting is flush with the wall and ceiling and looks clean. It’s amazing what you can do by changing a fixture in a hallway! Besides saving money, the property’s enhanced appearance makes it more marketable, also.” 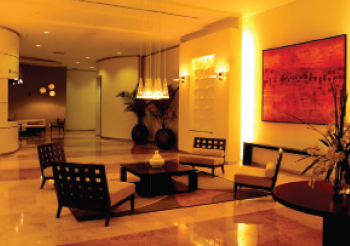 The association has made lower-impact conservation improvements that have also benefited the budget. “We noticed that a lot of units had leaking toilets, so we talked to the board about replacing all toilet flappers in the building,” Amador recalls. “We had the choice of going with high-efficiency toilets that would save more money, but we could not quantify exactly how much would be saved, the replacement cost was higher, and we didn’t know if all the unit owners would agree to the replacement. But, replacing the toilet flappers had an amazing ROI (return on investment) of under two months. For an initial cost of under $3,000 for both towers, the Tower 2 water bill alone was cut 30 percent, or $1,300 per month. We did not know the toilets were leaking that badly! Shower heads were replaced also, but we did not observe a big savings from that upgrade.” 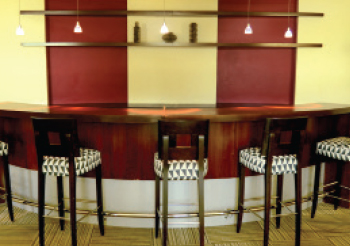 Motion sensors were in-stalled in stairwells for both towers, with the investment paying for itself in approximately two years. “Based on the current kilowatt rating and the lights being on 24 hours a day, we were spending approximately $12,000 per year per tower on electricity. That was reduced to approximately $600 per year,” Amador estimates.

The building has an energy management system and Amador anticipates that recent improvements in operation of that system will result in additional savings. “The system was not adjusting as it should according to the weather, and we had been making adjustments manually,” he states. “The reprogramming of that system will automate thermostat adjustments and give us greater control over energy expenditures in the building.” 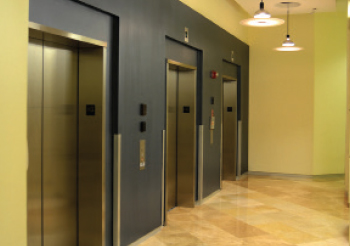 The community is looking for other cost-effective ways to conserve energy and water and will be evaluating installation of geo-thermal heaters and zero blow-down technology for the cooling towers. Conservation has had a very positive return on investment for the Metropolis at Dadeland, and whetted their appetite for pursuing more improvements to benefit their budget and the environment.

Editor’s Note: The other Energy-Efficiency winner, VeronaWalk of Naples, was featured in the July 2014 issue. To read that article, please visit www.fcapgroup.com/flcaj/flcaj-articles/2014-communities-year-effort-produces-excellence.