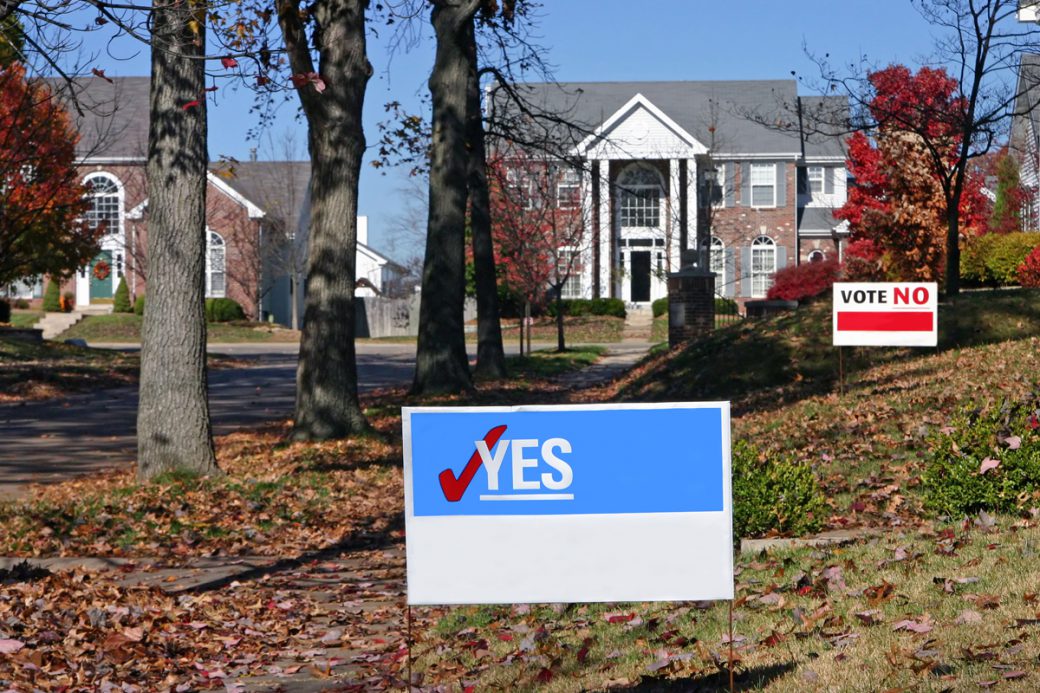 Increasingly, I am being asked by clients about whether they can prevent residents from displaying political signs from their units or lots. These clients all have restrictions against signs in their governing documents. The main concern, and response to enforcement, relates to the First Amendment: the right to free speech.

Importantly, the First Amendment to the United States Constitution prevents state actors from limiting the right to freedom of speech unless such limitations are narrowly tailored and otherwise proper. This is especially true when the speech that is the subject of regulation is political in nature.

The First Amendment applies to “state actors.” In Quail Creek Prop. Owners Ass’n, Inc. v. Hunter, 538 So. 2d 1288, 1289 (Fla. 2nd DCA 1989), the Second District Court of Appeal in examining an association’s sign restriction found that “neither the recording of the protective covenant in the public records, nor the possible enforcement of the covenant in the courts of the state, constitutes sufficient “state action” to render the parties’ purely private contracts relating to the ownership of real property unconstitutional.

To be a “state actor,” the Eleventh Circuit Court of Appeal has held that a “Court must conclude that one of the following three conditions is met: (1) the State has coerced or at least significantly encouraged the action alleged to violate the Constitution (‘State compulsion test’); (2) the private parties performed a public function that was traditionally the exclusive prerogative of the State (‘public function test’); or (3) ‘the State had so far insinuated itself into a position of interdependence with the [private parties] that it was a joint participant in the enterprise[ ]’ (‘nexus/joint action test’). Rayburn ex rel. Rayburn v. Hogue, 241 F.3d 1341, 1347 (11th Cir.2001). “Like the Eleventh Circuit, the state courts of Florida have also determined that homeowners’ associations existing under the laws of the State of Florida, are not state actors for purposes of fulfilling the “color of state law” element.” Murphree v. Tides Condo. At Sweetwater by Del Webb Master Homeowners’ Ass’n, Inc., No. 3:13-CV-713-J-34MCR, 2014 WL 1293863 (M.D. Fla. 2014).

While an association may turn to the courts for enforcement of an anti-sign restriction, which arguably involves “state action,” the Eleventh Circuit Court of Appeal has limited the context in which judicial enforcement of a private covenant would involve sufficient state action to implicate the First Amendment to the enforcement of racially restrictive covenants. Id.